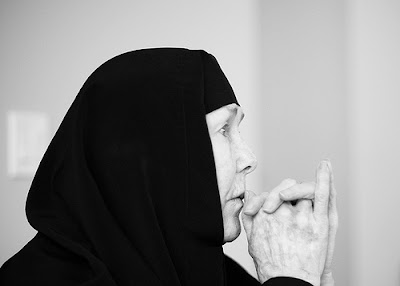 A new documentary tells the stories of Greek and Roman Catholic women religious who lived their faith under communist harassment and persecution in Eastern and Central Europe.

The one-hour documentary, “Interrupted Lives: Catholic Sisters Under European Communism,” will be distributed to ABC television stations and affiliates on September 13. It will be scheduled at the discretion of local stations.

Between World War II and the fall of the Berlin Wall in 1989, many women religious endured imprisonment, exile to Siberia, forced farm and factory labor, deportation, seizure of their schools and hospitals and even expulsion from their convents.

Some sisters were nurses or educators while others cared for orphans, the elderly and the mentally ill, a Friday press release from the U.S. Conference of Catholic Bishops (USCCB) says. “Interrupted Lives” tells their stories and interviews the “secret sisters” who joined religious life during the Communist period and lived their vocations in the underground.

The sisters and European scholars interviewed offer a “powerful testimony to the faith, courage and endurance of these religious women,” the USCCB says. “Their own stories raise awareness of those who still today undergo persecution for political or religious beliefs.”

The documentary was filmed on location in Ukraine, Lithuania, Romania, Slovakia, Hungary and the United States. It tells the sisters’ stories, taking viewers to the apartments, prisons, concentration convents and seized properties where Communism affected the sisters’ lives.

Sr. Margaret Nacke, a Sister of St. Joseph, was one of the executive producers of the documentary.

“We are inspired and strengthened by the faith and commitment of these sisters who endured over forty years of oppression under communism,” she said.

“Interrupted Lives” is part of the Vision & Values series created by the Interfaith Broadcasting Commission. Its members include the USCCB, the National Council of Churches of Christ, the Islamic Society of North America, and a consortium of national Jewish organizations.

The program was produced by NewGroup Media of South Bend, Ind. with Sister Nacke and Sister of St. Joseph Mary Savoie as executive producers. It was funded in part by the USCCB’s Catholic Communication Campaign and Collection for the Church in Central and Eastern Europe.

More information on the documentary is available at http://http://www.interfaithbroadcasting.com/program.aspx?PID=307.
Posted by Padre Steve at 7:51 PM