Salesian Bishops from around the world to meet 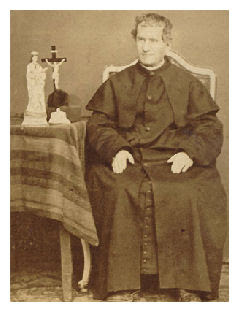 There are currently 119 Salesian Bishops and 6 Salesian Cardinals around the world. That is a great blessing to our congregation! This 150th anniversary of the founding of the Salesian Congregation is prompting our Rector Major to call a special meeting of all Salesian Bishops to discuss the charism of Don Bosco! The following is from the Salesian News Agency:
A meeting of Salesian bishops, requested and organized by the Rector Major and his council, will take place at Valdocco May 21-25, 2010, comprising also the liturgical feast of Mary Help of Christians.

The frequent requests of Salesian prelates and the special post-GC26 moments which the Congregation is living through -- the 150th anniversary of the founding of the Congregation (1859-2009), the centennial of the death of Blessed Michael Rua (1910-2010), and preparations for the bicentennial of Don Bosco’s birth – all this has moved Fr. Pascual Chavez and his councilors to organize another meeting with Salesians whom the Church has called to be pastors of various diocese around the world.

The meeting will look at the topic of the Salesian charism at the service of the Church; it will allow insight into the bishops’ point of view to help guide the Congregation in the current phase of the Church’s life as well as agreeing on possible cooperation in areas of common interest like education, the young, catechesis, and ecclesial movements.

The agenda for these days, still be put together, will include a visit to Colle Don Bosco and, especially, the cathedral of Turin, where the Holy Shroud will be exposed in the spring of 2010.

There are currently 119 Salesian bishops.
Posted by Padre Steve at 7:32 PM