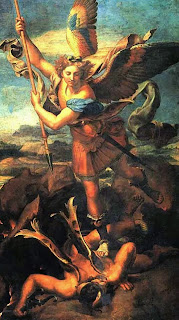 The following comes from Aggie Catholics:

There is a spiritual battle that rages in places we cannot see with our eyes or hear with our ears. It rages in our hearts, our culture, and in our world.

In the Sacred Scriptures God continually warns His people to prepare for war. Yes, He is The victorious King who has entered the fray, but he calls you and I to take up our weapons and fight with Him against the enemy - Satan.

All of hell knows there is no hope of final victory, but out of spite, they fight to ruin whatever souls they can. The rest of creation cries out for salvation.

Our war will not be fought with weapons made of our own hands, but of the grace of God.


How have you prepared for war this day?
What are you doing to help others survive it?
Are you prepared to go into battle?
Whether you are or not, war is upon you.

If we fail to pick a side in the war, it means we have already chosen - "he who is not with me is against me."

Can you not hear the bombs falling and the guns firing? Pick up your cross - it is your weapon against the enemy - and follow The King of All into battle.

He will come again, but until that day - it is up to you and me to take up His cause and fight the enemy.

If you want to fight - here are a 9 strategies in fighting the war: 9 Ways to Overcome Temptation:

1. Avoid and/or flee from it. Sometimes discretion is the better part of valor.


2. Submit your thoughts to God. He knows better than we do what is good.


3. Overcome your selfishness. True Love doesn’t know selfishness. Because, if you love Jesus you don’t belong to yourself


4. Expect and be ready for temptation. We need to be prepared for Spiritual battle.


“Therefore put on the full armor of God, so that when the day of evil comes, you may be able to stand your ground, and after you have done everything, to stand.” -Eph 6:13


5. Remind yourself of the consequences of sin.


6. Memorize God’s Word. Filling our minds with the thoughts of God and having them readily available to us is very wise.


8. Frequent confession heals us and we start over spiritually healthy.


“Therefore confess your sins to each other and pray for each other so that you may be healed. The prayer of a righteous man is powerful and effective.” -James 5:16


9. Accountability helps us avoid sin. When we are accountable to both man and God it helps us overcome temptation.


“Then the LORD said to Cain, "Where is your brother Abel?" "I don't know," he replied. "Am I my brother's keeper?" The LORD said, "What have you done? Listen! Your brother's blood cries out to me from the ground.” -Genesis 4:9-10 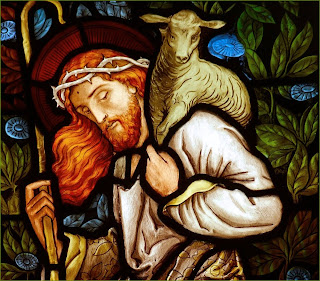 The LORD is my shepherd,
I shall not want.

He makes me lie down in green pastures;
He leads me beside quiet waters.

He restores my soul;
He guides me in the paths of righteousness
For His name’s sake.

Even though I walk through the valley of the shadow of death,
I fear no evil, for You are with me;
Your rod and Your staff, they comfort me.

You prepare a table before me in the presence of my enemies;
You have anointed my head with oil;
My cup overflows.

Surely goodness and lovingkindness will follow me
all the days of my life,
And I will dwell in the house of the LORD forever. 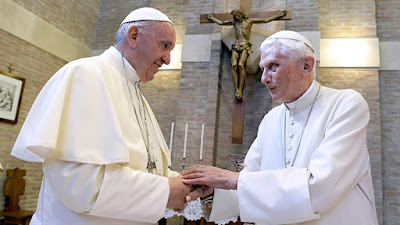 The following comes from Crux:


ABOARD THE PAPAL PLANE - While aboard a return flight to Rome from Romania, Pope Francis said Pope emeritus Benedict XVI gives him strength and reinvigorates him with the roots of tradition, which are legacies he wishes a polarized Europe would keep in mind.
“Every time I go to [Benedict XVI] to visit him, I take his hand and I let him speak,” the pope told reporters aboard the papal plane June 2. “He doesn’t speak a lot, and he speaks slowly, but with the same depth as always, because Benedict’s problem is his knees, not his head.”

The comments were made in response to a question by Vatican reporters asking whether he still viewed his predecessor as a “grandfather,” especially given the emphasis that Francis put on the family and intergenerational dialogue during his May 31 to June 2 visit to the Eastern European country of Romania.
The pope emeritus, Francis continued, “has a great lucidity. When I hear him, he makes me strong and I feel the sap of our roots come to me so I can go forward.”
The pope added that the tradition of the Catholic Church is not “a museum,” but a heritage that allows people to be mindful of where they come from as they go toward the future.
Ever since Benedict resigned, shocking the Church and the world, some observers have sought to read division between the two pontiffs living inside the Vatican walls.
“Tradition doesn’t carry ashes, or the nostalgia of the integralists,” Francis said, but “the roots that allow the tree to grow and bear fruit.”
Read the rest here.
Posted by Padre Steve at 12:00 PM 0 comments

Saints of the day: Charles Lwanga and Companions 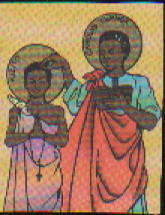 The following comes from the Savior.org site:

St. Charles was one of 22 Ugandan martyrs who converted from paganism. Though he was baptized the night before being put to death, he became a moral leader. He was the chief of the royal pages and was considered the strongest athlete of the court. He was also known as "the most handsome man of the Kingdom of the Uganda." He instructed his friends in the Catholic Faith and he personally baptized boy pages. He inspired and encouraged his companions to remain chaste and faithful. He protected his companions, ages 13-30, from the immoral acts and homosexual demands of the Babandan ruler, Mwanga.


Mwanga was a superstitious pagan king who originally was tolerant of Catholicism. However, his chief assistant, Katikiro, slowly convinced him that Christians were a threat to his rule. The premise was if these Christians would not bow to him, nor make sacrifices to their pagan god, nor pillage, massacre, nor make war, what would happen if his whole kingdom converted to Catholicism?


When Charles was sentenced to death, he seemed very peaceful, one might even say, cheerful. He was to be executed by being burnt to death. While the pyre was being prepared, he asked to be untied so that he could arrange the sticks. He then lay down upon them. When the executioner said that Charles would be burned slowly so death, Charles replied by saying that he was very glad to be dying for the True Faith. He made no cry of pain but just twisted and moaned, "Kotanda! (O my God!)." He was burned to death by Mwanga's order on June 3, 1886. Pope Paul VI canonized Charles Lwanga and his companions on June 22,1964.


Most of the twenty-two Uganda martyrs who have been proclaimed saints were killed on June 3, 1886. They were forced to walk thirty-seven miles to the execution site. After a few days in prison, they were thrown into a huge fire. Seventeen of the martyrs were royal pages, One of the martyred boys was St. Mbaga. His own father was the executioner that day. Another of the martyrs, St. Andrew Kagwa, died on January 27, 1887. He was among the twenty-two proclaimed saints in 1964 by Pope Paul VI.


St. Charles Lwanga is the patron of black African young people. He and his companions greatly appreciated their gift of faith. They were heroes! We all can pray to St. Charles and these African martyrs. We can ask them to show us how to witness to Jesus and the Church as they did.