Rector Major of the Salesian Society meets with Novices 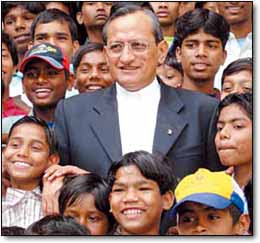 Thankfully we Salesians have over 500 novices this year! The Fr. Pascal Chavez, SDB, The Rector Major of our congregation met with a group of novices from Europe recently for the Feast of Mary, Help of Christians. The following comes from the Salesian News Agency in Rome:

There was as short but serious meeting on May 24 at Valdocco between the Rector Major and some novices from Europe who had gathered in Turin for the feast of Mary Help of Christians.

Taking part in the meeting were novices and formation personnel from the Salesian novitiates in Pinerolo and Genzano, Italy; Poprad, Slovakia; Lyon-Fourvière, France; and Czerwinsk, Poland. Also present was the community of the postnovitiate of San Tarcisio in Rome. It was organized for the feast of Mary Help of Christians, an important day also in view of the Salesians’ 150th anniversary, as the Rector Major pointed out in his letter about the anniversary. 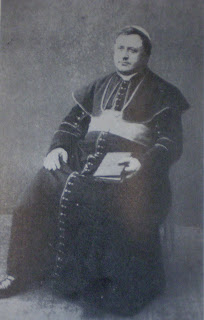 “You are called to become like John Cagliero, who when faced with the prospect of giving his life to the Lord for the young, said: ‘Monk or no monk, I am staying with Don Bosco!’” the Rector Major told them.

Underlining the importance of the 150th anniversary of the founding of the Salesian Congregation, Fr. Chavez referred to the four fundamental elements mentioned in his last letter (ACG 404), which are at the basis of Don Bosco’s dream and apostolic plan.
Besides making the point that Salesians need to have special care for the young, those directly involved in the beginning and the development of the Congregation and for the Salesian Family, the Rector Major focused in particular on the consecration of the Salesian and on observance of the Constitutions.

“A Salesian is not a social worker nor a volunteer, but someone consecrated to God! He gives his whole life to the Lord,” Fr. Chavez pointed out. “Don Bosco asked his young men to sanctify their lives; you do the same!” Nowadays religious life is being called to give meaning to human life, which has lost its fundamental values. 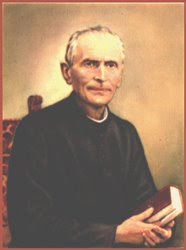 Study, meditation, putting into practice the Salesian rule of life written in the Constitutions ought to be the constant and continuous activity of every Salesian. “Next December 18 we are all being called to renew our offering to the Lord, uniting ourselves in spirit to that first group of 18 young men who, a few steps from here, gave life to our Congregation. Dear young novices, you are the generation of 2009, the year of the 150th anniversary! Through the observance of the Constitutions, be also like Michael Rua, who knew how to incarnate to the full the spirit of Don Bosco.”

Before the end of the meeting the Rector Major greeted and thanked the masters of novices of the five novitiates present in the room: Frs. Vladimir Fekete (Slovakia), Daniel Federspiel (France), Adam Homoncik (Poland), and Carlo Maria Zanotti and Angelo Santorsola (Italy).
Posted by Padre Steve at 9:07 PM