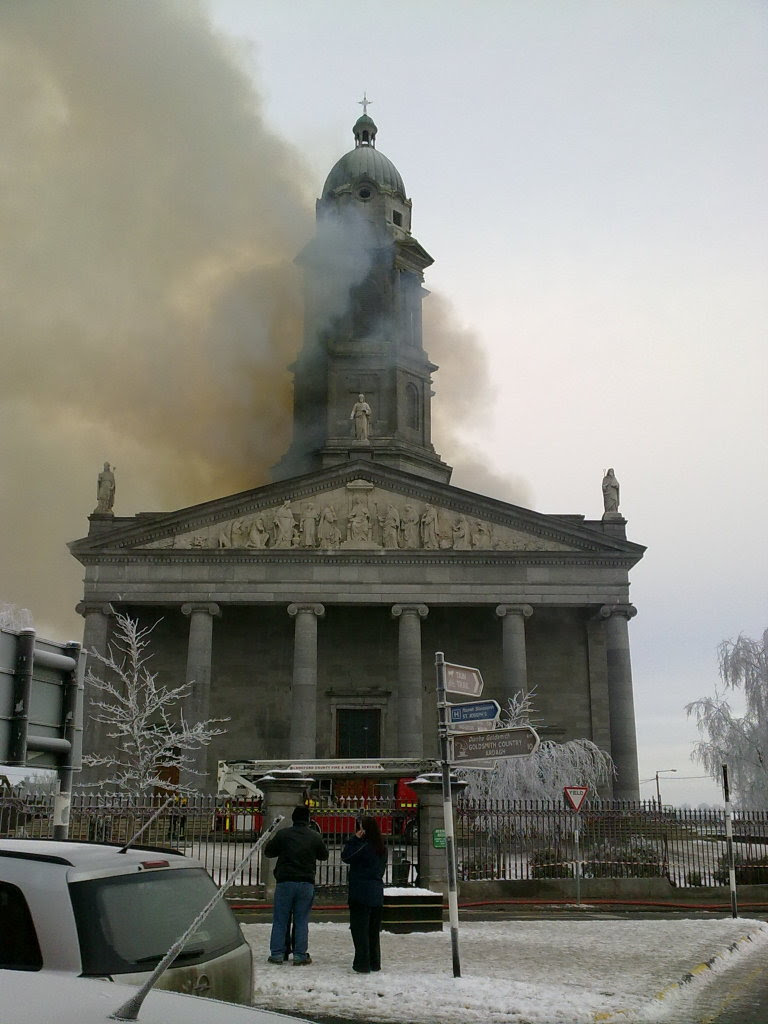 Please say a prayer for the people of Ireland. The 169 year old Cathedral of Longford has been destroyed by fire. We need to pray for the Church in Ireland and for all the good people of this Diocese as they pull together after the loss of their beautiful Cathedral. The following comes from Vultus Christi:


Saint Mel's Cathedral of the Diocese of Ardagh and Clonmacnois burned to the ground last night. Carrick-on-Shannon and Drumshanbo (County Leitrim) where I was blessed to spend time again this past August with Father Dan Leary, are in the Diocese of Ardagh and Clonmacnois. Saint Mel's Cathedral was one of Ireland's finest churches.

The blaze began shortly after 5.a.m. Midnight Mass had been celebrated in the Cathedral by His Lordship, the Bishop of Ardagh and Clonmacnoise, Dr. Colm O'Reilly, who later said the Cathedral was burned out from end to end.

Construction on the Cathedral began in 1840. Hours before the beginning of the blaze, the Cathedral was filled with the faithful attending Midnight Mass. There are no indications as what caused the blaze.

The fire comes on top of severe weather conditions: floods and freezing. It compounds the moral sufferings of the Irish clergy and faithful, already grief-stricked and demoralized in the wake of the Murphy Report on the Archdiocese of Dublin.

Dear readers of Vultus Christi, join me in prayer for the Church in Ireland. She is being tested by fire. May her faith emerge shining like pure gold. Our Lady of Knock, Queen of Ireland, pray for us!

Hat tip to Fr. Z on this one, and Patrick Madrid as well.
Posted by Padre Steve at 2:03 PM