Bravery and the Priesthood 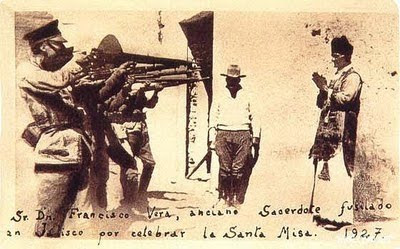 The following comes from Bishop Morlino of Madison:
This past Sunday is often called, “Good Shepherd Sunday.” The word the Scriptures use is really not adequately translated in English as simply, “good.” The word really means, “honorable, worthy, noble,” or, “so excellent in every way that its goodness is itself beautiful.”
And, in particular, our Gospel for this past Sunday (Jn 10:11-18) points out that the shepherd is willing to lay down his life for his sheep; he is honorable, worthy, and noble in his bravery — even laying down his own life for the sheep. And toward the end of that Gospel passage, Jesus says, “No one takes my life from me, I lay down my life, and I take it up again.”
The shepherd is indeed a brave shepherd. And so, in some ways, as the years go by, I hope that we start to call this, “Brave Shepherd Sunday,” for the bravery of the shepherd is one of the key virtues focused upon that help us to call him, “good.”

World Day of Prayer for Vocations

This past Sunday was also the World Day of Prayer for Vocations — it always falls on Brave Shepherd Sunday. And it is a day of prayer, in particular, for vocations to the priesthood. Of course we pray that everyone can be faithfully successful in finding his or her vocation, but we pray especially for an increase in vocations to the priesthood. The priesthood is not one vocation amid many. The vocation to be a priest is the vocation to coordinate the other vocations in the Church, to recognize, to call them forth, to help discern them, and to serve them.
The priest’s vocation is all about the fullness of the vocation of everyone else. The priest has a special call to discern and to direct those other vocations, so that the Church might be one, so that there might be one flock and one shepherd. So, the priest is as concerned about everybody else’s reception of the Grace of Christ, as his own. And, the priest has a very good motive for his concern about everyone else’s reception of God’s Grace, for Jesus Christ will hold him to account for that on Judgment Day.

The priest must do what is necessary to build unity in the flock and to call the flock to holiness, so that he himself might receive a “good account before the fearsome judgment seat of Christ,” when the time comes. It is only in doing his best for everybody else’s holiness that the priest can do the best for himself. And to do that today it takes bravery.
When we look for candidates to the priesthood and as we pray for vocations, we are looking for men who are brave in their willingness to seek holiness, to speak the truth, to lay down their lives. There is no place in the priesthood today for “wimpish-ness.” There is no place for an attitude that just wants to please people, no matter what they think and no matter what they want. Today the priest has to stand up and be brave, preaching the Truth with love. He has to be willing to be unpopular. And if it comes to it, he has to be open to martyrdom.
That’s what happened to St. Peter. In the first reading from this past Sunday, St. Peter is seen professing, “there is no other name given to men by which they will be saved. Jesus Christ is the only savior of the world (Acts 4:12)!” If someone says that today, they get in trouble. And so it’s more politically expedient not to say things like that. But the Truth is the Truth — Jesus Christ is the only savior of the world; and apart from Jesus Christ, there can be no salvation for anyone. It’s what Peter said, as witnessed in the Acts of the Apostles, and it’s no wonder that he got crucified for it in the end — for to say this is unpopular. But Peter was brave (even to the point of trying to make his crucifixion worse than the Lord’s by choosing to be crucified upside-down).
In the Second Reading of this past Sunday, we had the beautiful passage of John’s Gospel, “what we shall be has not yet been revealed. We do know that when it is revealed we shall be like him, for we shall see him as he is (1 Jn 3:2).” We will see Him as He is — the only Savior of the world. That’s why it says in the Book of Revelation that in the end, “every eye will see Him — even of those who pierced Him.” This too is part of the bravery of the priest.
The person of the priest is in the person of Jesus and so imbedded in Him, that with Christ and like Christ he lives a life of celibacy. Our world has no use for celibacy and is at the point where it thinks that nobody can live without free access to sex. To take on a life that is a statement to the contrary is bravery.
Our world is in such a state that even the government wants to make sure that everybody — perhaps even little girls — have access, free of charge, to artificial contraception and they call it “preventive services.” Preventive medicine is medicine that protects someone from an illness (like a vaccination against the flu). What disease does artificial contraception protect a woman from? Pregnancy? Our government would have us think that pregnancy is a disease, and that instead of finding fulfillment in her motherhood, a woman must have the absolute freedom to turn against her motherhood — as if the fruits of being a mother were a disease.

It’s time for all of us to be brave in admitting what the moral truth is about artificial contraception. It’s not a time to by shy, retiring, and politically correct. Sometimes people come up to me and say, “in my parish it’s not permitted to talk about that.” How sad. Where is the sign of the brave shepherd?
It is precisely the gift from God of celibacy that holds the priest so tightly to Christ. The priest is bravely laying down his life, and living completely for the next world, in which there is “no marrying or giving in marriage (Mt 22:30),” no matter what consequences might befall him in this world. The priest is called to stand up in the truth, like a brave shepherd.
I taught college for 11 years, and I still enjoy very much working with young people. And young people want to be challenged to be brave. If they are not challenged to be brave, they say, “well I can think about other things to do with my life. I’m not going to give up my whole life, and even give up marriage in order to be mediocre. I’ll go for excellence someplace else.” They want to reach out for that bravery, and one of the ways we promote vocations is by telling them that we expect bravery in our priests. It takes much bravery to live out joyfully the life of priestly celibacy, the best way to prove to the world that God exists.
Vocations are increasing in number every year, thank God, and thanks to your good prayers, and now is the time for you to demand bravery in the priesthood. Because nothing less than that will bring Christ’s Church through the hard times to come.
Thank you for reading this. Christ is risen! Indeed He is risen!
Posted by Padre Steve at 6:30 AM