St. Justin Martyr on the Eucharist 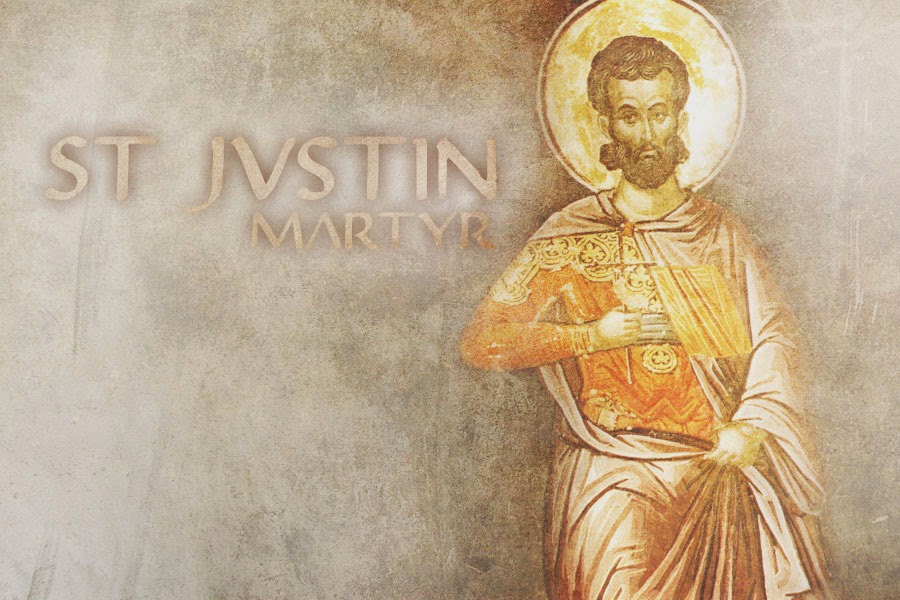 St. Justin Martyr was born a pagan but converted to Christianity after studying philosophy. He was a prolific writer and many Church scholars consider him the greatest apologist or defender of the faith from the 2nd century. He was beheaded with six of his companions some time between 163 and 167 A.D.


"This food we call the Eucharist, of which no one is allowed to partake except one who believes that the things we teach are true, and has received the washing for forgiveness of sins and for rebirth, and who lives as Christ handed down to us. For we do not receive these things as common bread or common drink; but as Jesus Christ our Savior being incarnate by God's Word took flesh and blood for our salvation, so also we have been taught that the food consecrated by the Word of prayer which comes from him, from which our flesh and blood are nourished by transformation, is the flesh and blood of that incarnate Jesus."