Fr. Rutler: Christ comforted, encouraged and prepared a few to convert the many 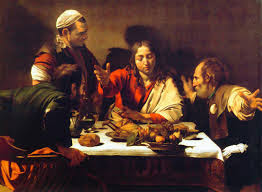 In the forty days between the Resurrection and the Ascension, our Lord appeared to numerous individuals and to various groups, including some five hundred on one occasion, and at last to the group who witnessed his ascent to glory in a cloud of light. A forensic investigator would logically ask why he did not appear to those who had crucified him, to those who had plotted against him, and to Pontius Pilate. Napoleon, in an amalgamation of pragmatism, cynicism and fascination, is said to have remarked that Jesus could have converted the whole Empire had he appeared from the dead in front of Caesar in the Roman Forum.


God’s ways are not our ways, and were it otherwise, there would have been no Holy Passion. But the same Saint Peter who had been appalled that Christ must die on the cross, was the first to enter the empty tomb and then proclaimed on Pentecost that he and others had seen the Lord. The question lingers though, about why Christ did not stun his enemies with his victory. Reports of his resurrection did cause some panic among the Sanhedrin and others, and the soldiers feared they might be to blame for having been neglectful watchmen, but none of the chief players in this greatest of all dramas, as far as we know,  had any encounter with the Risen Christ. One tradition holds that Pontius Pilate spent his last days wandering in exile, haunted because he could not be inspired.


As usual, the fertile mind of John Henry Newman proposes that that Christ did not show himself to all people, because appearing only to chosen witnesses “was the most effectual means of propagating His religion through the world.” Had his murderers seen him, they would have reacted with “sudden fears, sudden contrition, sudden earnestness, sudden resolves, which disappear suddenly.” By a strategy more pragmatic than any general’s, Christ comforted, encouraged and prepared a few to convert the many, for “Many are called, but few are chosen.”  So Newman says, “Doubtless, much may be undone by the many, but nothing is done except by those who are specially trained for action.”


Many saw Christ resuscitate the daughter of Jairus and the son of the widow of Nain, to no lasting effect, for then as now, excitement is momentary and even threatening: the raising of Lazarus was what finally compelled the authorities to kill Jesus. Spectacles are not divine graces, and while false Messiahs can give people a thrill, only the true Messiah can give grace. “If they hear not Moses and the prophets, neither will they be persuaded, though one rise from the dead” (Luke 16:31).


Peter, the chief witness, was trained the hard way through his own denials and repentance, and he continues to confirm others in the Faith through his apostolic successors: “This is a cause of great joy for you” (1 Peter 1:6).
Posted by Padre Steve at 12:00 AM