What One Alaskan Thinks About VP Candidate Palin 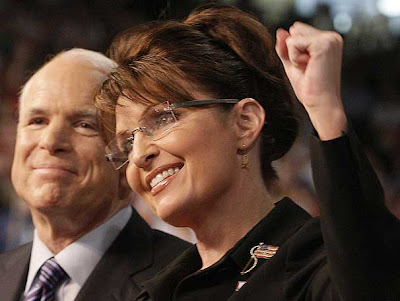 I received this email from my cousin in Texas but it represents the opinion of a woman from Alaska. I feel like Sen. McCain did a great job choosing her as well!

Feel free to agree or disagree, but here is an Alaskan's viewpoint on our new VP candidate (and I believe it is an opinion shared by the vast majority of Alaskan residents).

Sarah Palin is the USA 's answer to Margaret Thatcher!

Anyone who thinks she cannot handle the job or deal briskly and efficiently with ANY issue, including foreign governments; well, they haven't met our Sarah
Posted by Padre Steve at 8:56 AM