Pope Francis hopes to visit the USA in 2015! 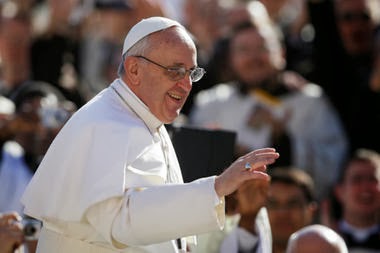 The following comes from John Allen at NCR:

Pope Francis has expressed an intention to visit the United States in September 2015, according to Vatican sources who spoke to NCR on background this week, who stressed that nothing is official and the date is too far into the future to be certain.
The primary motive for the trip would be the eighth edition of the World Meeting of Families, an event held every three years that was launched under Pope John Paul II in 1994 and is held in various parts of the world. The Vatican announced in February 2013, shortly before the resignation of Pope Benedict XVI, that the next edition will be Sept. 22-27, 2015, in Philadelphia.
The family has been a major preoccupation both for the church generally and for Francis personally. Among other things, the pope has dedicated the next meeting of the Synod of Bishops, scheduled for October, to the theme of the family.
Because the General Assembly of the United Nations generally meets in September, there is also speculation that Francis might combine the Philadelphia outing with a stop in New York to address the U.N.


Popes have not always attended previous versions of the World Meeting of Families, and there has been uncertainty ever since the election of Pope Francis whether he would make the trip.
Read the rest here.
Posted by Padre Steve at 12:15 PM