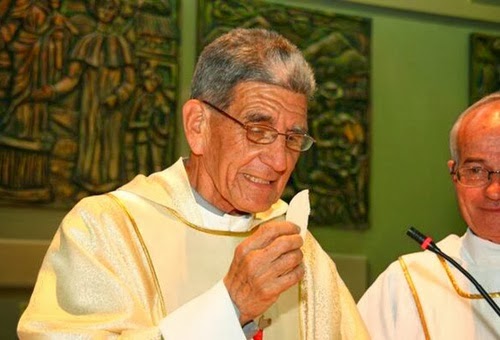 (CNA/EWTN News) During a suspected robbery at Don Bosco College in the Venezuelan city of Valencia the evening of Feb. 15, two Salesians were stabbed to death, and another was wounded.

Fr. Jesus Plaza, 80, and Brother Luis Sanchez, 84 were both murdered; and Brother David Marin, 64, was stabbed in the leg multiple times, but is reportedly out of danger after having been treated at a local clinic.

"We pray for peace and for the restoration of the rule of law in the nation,” he exhorted.

According to police investigations, the alleged perpetrators are two minors, between 13 and 15 years of age, and they stole computers, money, mobile phones, and liturgical objects from the rectory.

In a statement released through the Facebook page of Don Bosco College, Fr. Luciano Stefani, provincial general of the Salesians in Venezuela, said, “as this tragedy leads our province to mourn, and moves us to seek a reason, let us raise our prayers to the Lord, asking eternal rest for these our brothers.”

Fr. Stefani also called for "peace and spiritual tranquility " for Brother Marin and for Fr. José Luis Salazar, both of whom were gagged by the delinquents as they entered the college.

The vicar general of the Archdiocese of Valencia noted via Twitter the “immense pain for the blood of the Salesians of Valencia who lived for our people.”

"Lord, in the midst of pain and confusion, thank you all the Salesians do for us in your Name,” he said, going on to say Fr. Plaza is now “with Mary, Help of Christians in heaven.”

Fr. Fernando Santana, director of the Don Bosco house in Guaparo, a suburb of Valencia, asked the Venezuelan press that the murders not be politicized, saying this is “a social reality” of the nation.

“There are no elements which link this with the events going on in the country; this is a situation of insecurity. There are not groups who came here to produce chaos,” he said.

Valencia is located 100 miles west of Caracas, the capital of Venezuela.