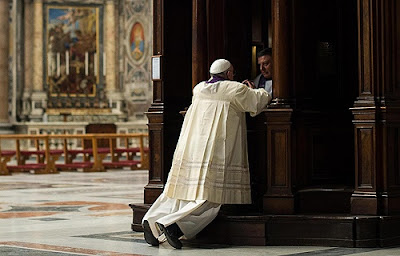 The following comes from the Crisis:

We humans can be a bit fickle sometimes. What we choose to do with our time often depends directly on how the people and places with which we associate ourselves make us feel. If we don’t feel welcome in a place, we probably don’t stay long.
If we try a place or organization out on the suggestion of other people, but never really learn or understand what it’s all about, we’re also likely out the door before long. Likewise, if we devote ourselves fully to a place or organization, only to experience betrayal at the hands of that organization, surely it won’t take long for us to find a new home.
As a result, many who see the place that was left behind from a distance, and perhaps hear horror stories from others who’ve been there, will look with hostility upon it and never go near it if they can help it.
This phenomenon occurs in a lot of places, but none as much as the Catholic Church. For tens (maybe hundreds) of thousands of people today, the instances above are, sadly, more often than not very real and very legitimate beefs.
We could talk for days about who did what to whom, ranging from petty to incredibly serious, but I’m writing this post instead as a plea to those who no longer come to Mass as a result of those experiences, to those who no longer identify as Catholic, and even those who aren’t Catholic and are skeptical about the Church, to come back, to come and see one more time.
We all have people in our lives who have left the Church—who aren’t attending Mass for one reason or another, and there’s one thing we all should encourage those people in our lives to come back and do more than anything: Come to confession.
Now, I’m not saying this because those people are heathens in need of repentance before you can re-enter or anything—heck, we’re all unworthy all the time. We’re all sinners, and we all could stand to attend confession more often.
I’m suggesting confession, because the Catholic Church is about Jesus, and confession lets us meet Him face to face.
We believe that priests, when acting in their capacity as priests (saying Mass, anointing the sick and dying, hearing confessions), are acting in persona Christi—literally “In the person of Christ.” In his priestly capacity, that’s no longer Fr. Bill on the altar or in the confessional. That’s Jesus.
To boot, the seal of confession is what makes this such a powerful sacrament. That means the priest will never, ever (ever!) tell anyone. Seriously, never. Because if he did, he’d be removed from priesthood immediately and would excommunicate himself from the Church. For real.
No one else is offering that. Especially in a culture that insists on broadcasting every little detail of one’s life.
Even so, the thought of going to confession usually brings the response, “I don’t want/need to go,” especially among people who haven’t gone in years.
But dig deeper and I’d bet it’s more one of two things:
Not going to Confession is typically rooted, on some level, either in fear of being exposed, or a fear of being hurt again.
Read the rest here.
Posted by Padre Steve at 12:00 PM