How the Passion of Christ helped me to become Catholic 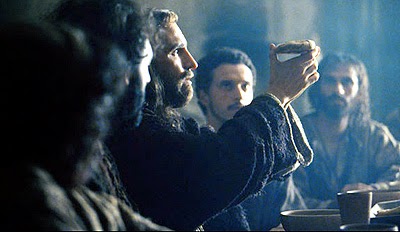 The following comes from Michael Coren at Proud to be Catholic:

I realized long ago that there is nothing brave or noble about refusing to change one’s mind, no art or grace in being pointlessly stubborn. To alter an opinion because of fear of consequences is something different, but I don’t believe that even my harshest critics could accuse me of cowardice. I’ve never been influenced by threats and insults.
I originally wrote about The Passion of the Christ the week it opened in theatres. I stated how excited I had been before I saw the film and how disappointed I was afterwards. Many supported me in my views, many opposed me. Sadly, the majority of the latter were abusive. It was a sobering experience.
Months later, I have watched Mel Gibson’s version of the death of Jesus Christ on the newly released DVD. I still believe that this work should have been different in various ways. Yet now I have seen, or allowed myself to see, what lies at the very core of The Passion. The Eucharist.
The epicentre, the quintessence of the Christian faith, was no symbolic act but a literal instruction. “Take this, all of you, and eat it: this is my body which will be given up for you.” And “Take this, all of you, and drink from it: this is the cup of my blood, the blood of the new and everlasting covenant. It will be shed for you and for all men so that sins may be forgiven.”
What had been a barrier has now become a bridge. A connection between a broken, smashed and needy creature like me and his perfect and glorious creator. The great paradox of God. In so simple a matter as a wafer is the most wonderful gift in all the world. Given at a very great price indeed.
The interspersing of scenes from The Last Supper and the institution of the Mass with the immense and intense suffering of Christ was irksome to me when I first saw the movie. Now these flashes of truth serve as chapters of explanation, each one shining a unique light on the events that surround them.
Let us use the metaphor of the swimmer. I was thrashing about in a frightening sea, making the water splash into the air around me. Much motion, little progress. Not swimming but drowning. It was only when I relaxed and allowed the waves to take control that I felt safe again.
Yes, I relaxed. “Do this in memory of me. Do this in memory of me.” I swam, and the ocean lifted me up and made me feel warm and strong and full. Here was truth, in front of me for so long but seemingly out of reach.
I am not saying that a movie alone was responsible for this, but I am saying that it was part of a greater and perhaps inevitable process. To watch it now is like watching an entirely different film, one that seems a companion rather than a foe.
As I watched again, another reality embraced me, like the arms of a loving mother around an eager if sometimes foolish child. It was that Mary is not merely a background figure in a magnificent drama, but the divine conduit for salvation. In other words, she is sublime and perfect and with us forever. The mother of us all.
Through her eyes, I saw the life and death of Jesus once again, with all of the human as well as godly suffering that it entails. I use the present tense, because although Christ died for us so long ago, He still lives. His sacrifice exists in the present and can be witnessed every day by us all. Yes, even by me.
Mary weeps for her son. Her tears and His blood mingle to soak the world in hope and love. Within their grandeur all despair is smothered and all sin cleansed. Yes, I see it now. I see it so clearly.
Read the rest here.
Posted by Padre Steve at 10:30 AM

We watch the film every Good Friday evening, as a tradition. Yes, keeping an eye on Mary is the key to understanding the film.