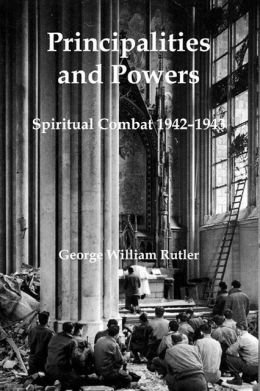 The following comes from Fr. George Rutler:
During the years I have been pastor here, I have written books on various subjects. Had I enjoyed the luxury of an academic position with ample time to think and write, I suppose what I wrote could have been better. The time I did have available had to be squeaked out of a normal parish life, which is not unlike that of a busy family. I recall how I wrote one book in the office of another parish, in between filling out Mass cards for parishioners at the front desk.
I am grateful that I had to find time, because it made time more precious. I am glad that all of my priesthood has been as a parish priest and not as a professor, for parishes are far more stimulating to creative thought than classrooms are, because the real challenges of life are more frequent and insistent in a normal neighborhood than on a leafy college campus.
I am not against intellectuals, unless they think of themselves as such, and I have spent perhaps too much time in schools myself, but I find that people who do not make a career of school are generally brighter than those who do. Some of the brightest people I have known dropped out of school early on. I do not mean to diminish those who have dedicated their fine minds to noble teaching, and many of them are as intelligent as the ordinary people I meet on the street every day. It is just that teaching in a university is like fishing in an aquarium, and teaching in a parish is like fishing in the ocean.
My newest book would have been bigger had I not had to baptize, marry and bury people. But if the book is small, its theme is big because it is an account of a year, 1942 to 1943, in the world’s biggest war. The Second World War was a struggle against blatant evil. That is why I called the book “Principalities and Powers” — for that is how St. Paul described the constant struggle between Christ and the Anti-Christ. That time of war paraded some of history’s worst villains, and also some of its best heroes.
The Church struggled against the same moral threats that menace our society today. In 1943, Cardinal Michael Faulhaber of Munich held up the Holy Cross of Christ against the Twisted Cross of the National Socialists and said what it behooves everyone to say against anyone who misuses civil power: “The State, as an institution built by God, can establish its laws, and its subjects are under the obligation to obey them, for the sake of their conscience. The State has the right to levy taxes and to demand sacrifices of property and life in the defense of the Fatherland. The State, however, has no right to make laws which are incompatible with Divine Law and the Natural Law.”
Posted by Padre Steve at 10:37 AM