Pope Francis Wants YOU To Be An Intentional Disciple 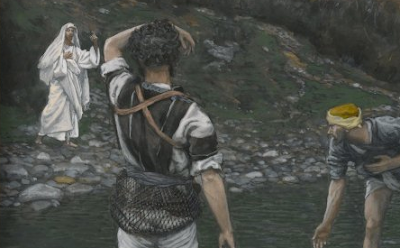 The following comes from Frank Weathers:
Shouldn’t comes as a shock really, as Jesus Christ wants the same thing from us too.
Here’s a little snippet of Andrea Tornielli’s report on Pope Francis’s message to the leadership in South America, and to the episcopate everywhere.

Francis concluded his trip to Brazil with another wide-ranging speech to the coordinating committee of the Latin American Episcopal Council (CELAM). But Francis’ words will most certainly resonate beyond the Latin American continent.
The Pope asked bishops to give a missionary slant to the daily activities of local Churches, explaining that the “change of structures” (from obsolete ones to new ones) will not be the result of reviewing an organizational flow chart” but will “result from the very dynamics of mission.” Francis recalled that the general assembly of Latin American bishops at Aparecida in 2007 had presented “pastoral conversion” as a “necessity”. The Pope then asked bishops to reflect on some questions with regard to the current state of the Church: “Do we see to it that our work, and that of our priests, is more pastoral than administrative? Who primarily benefits from our efforts, the Church as an organization or the People of God as a whole?”
The questions then focused specifically on the laity and their role in the Church: “In practice, do we make the lay faithful sharers in the Mission?” As pastors, bishops and priests are we conscious and convinced of the mission of the lay faithful and do we give them the freedom to continue discerning, in a way befitting their growth as disciples, the mission which the Lord has entrusted to them? Do we support them and accompany them, overcoming the temptation to manipulate them or infantilize them?” His words portray the picture of the Church’s current situation in a number of countries, European ones too.
Speaking of the importance of the Church engaging in dialogue with the world around it, Francis referred to what was said at the Second Vatican Council to explain the basis of dialogue with contemporary society: “The joys and hopes, the grief and anguish of the people of our time, especially of those who are poor or afflicted, are the joys and hopes, the grief and anguish of the followers of Christ as well.” The Church needs to be aware of the varied “scenarios and the areopagi involved.” “If we remain within the parameters of our “traditional culture” which was essentially rural, we will end up nullifying the power of the Holy Spirit. God is everywhere: we have to know how to find him in order to be able to proclaim him in the language of each and every culture; every reality, every language, has its own rhythm.”

Read it all.
Not sure what I mean by the term intentional disciple? Sherry Weddell can help you out there, as can the group of bloggers at Catholic Mom, with their series called theLawn Chair Catechism. Afterall,
"The harvest is great but laborers are few!"
Posted by Padre Steve at 12:00 PM