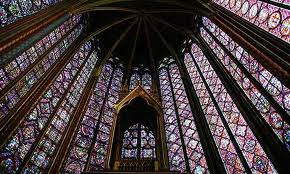 The following comes from The Christian Pundit:
A friend of mine attended a Christian college where almost all of the students, including her, grew up in non-denominational, evangelical Protestant churches. A few years after graduation, she is the only person in her graduating class who is not Roman Catholic,  high Anglican or Lutheran. The town I live in has several “evangelical” Protestant colleges: on Ash Wednesday you can tell who studies at them by the ash crosses on their foreheads.
Young Christians are going over to Catholicism and high Anglicanism/Lutheranism in droves, despite growing up in low Protestant churches that told them about Jesus. It’s a trend that is growing, and it looks like it might go that way for a while: people who grew up in stereotypical, casual evangelicalism are running back past their parents’ church to something that looks like it was dug out of Europe a couple hundred years ago at least. It’s encouraged by certain emergent leaders and by other “Christian” authors whose writings promote “high” theology under a Protestant publisher’s cover.
Ten or fifteen years ago, it was American evangelical congregations that seemed cutting edge. They had the bands, the coolest youth pastor, professional babysitting for every women’s Bible study, and a church library full of Christian novels. But now, to kids who grew up in that context, it seems a bit dated or disconnected—the same kind of feeling that a 90′s movie gives them. Not that it’s not a church; it’s just feels to them the way that 50′s worship felt to their parents. So they leave. If they don’t walk away from Christianity completely, they head to Rome or something similar.
In a way, it’s hard to understand. Why would you trade your jeans, fair-trade coffee, a Bible and some Getty songs for formal “church clothes”, fasting, a Bible and a priest? It makes no sense to want to kneel on a stone floor instead of sit in a comfy chair. And if you’re hearing about Jesus anyway, why does it really matter?
In another way, it’s very obvious why these kids are leaving and going where they are. In her recent article, “Change Wisely, Dude”, Andrea Palpant Dilley explains her own shift from Presbyterianism to apostacy to generic evangelicalism to high church: “In my 20s, liturgy seemed rote, but now in my 30s, it reminds me that I’m part of an institution much larger and older than myself. As the poet Czeslaw Milosz said, ‘The sacred exists and is stronger than all our rebellions.’ Both my doubt and my faith, and even my ongoing frustrations with the church itself, are part of a tradition that started before I was born and will continue after I die. I rest in the assurance that I have something to lean against, something to resist and, more importantly, something that resists me.”
The kids who leave evangelical Protestantism are looking for something the world can’t give them. The world can give them hotter jeans, better coffee, bands, speakers, and book clubs than a congregation can. What it can’t give them is theology; membership in a group that transcends time, place and race; a historic rootedness; something greater than themselves; ordained men who will be spiritual leaders and not merely listeners and buddies and story-tellers. What the kids leaving generic evangelicalism seem to want is something the world can never give them–a holy Father who demands reverence, a Saviour who requires careful worship, and a Spirit who must be obeyed. They are looking for true, deep, intellectually robust spirituality in their parents’ churches and not finding it….
Read the rest here.