Life of Pius XII to hit the big screen 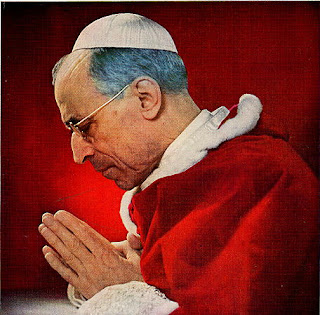 Pius XII is one of the more studied popes of the 20th century. Fate had it that his papacy came about during one of the most difficult times of the last hundred years: World War II.

Seventy years later, scholars and people around the world are still debating just what Pius role during the war entailed.

Oscar Clemente is convinced that the pope played an important role in saving Jewish lives during the war. So much so, that hes making a movie about his life.

Producer Oscar Clemente of Pope Pius XII
We are in the middle of a big fight, because the Catholics say yes, the Jewish people say, No, it was not true. What I can do, Ill let people decide if it was or not.

Clemente is the producer of the film Pope Pius XII, a $45 million project currently in preproduction stages in the United States.

Because he wants to convey an accurate portrayal of Pius XII, Clemente has read and analyzed over 150 texts on the pontiff, including documents in the Vatican Secret Archives.

Every single piece of the movie has a little light in somewhere. We read something in the original books, we read some things in the original papers that the pope wrote in that time and we put it together and made a film."

Making a film around the sensitivity of the Holocaust is not an easy thing. For decades after his papacy his legacy was debated. Some said he didnt do enough to save innocent lives. Others, like Oscar Clemente think otherwise.

Producer Oscar Clemente
We leave the people to understand what we really want to show them. So, you see the movie and you can say its true or its not true. I just want to tell the truth. This is my point of view.

Though there is no set release date for the film just yet, Oscar and his team hope it will be no more than a year and a half before their film on one of the more influential popes of the 20th century hits the big screen.
Posted by Padre Steve at 2:52 PM

I am looking forward to seeing the movie!

I am hopeful it is done well and is not another chop at this holy man. God bless you in your first year!