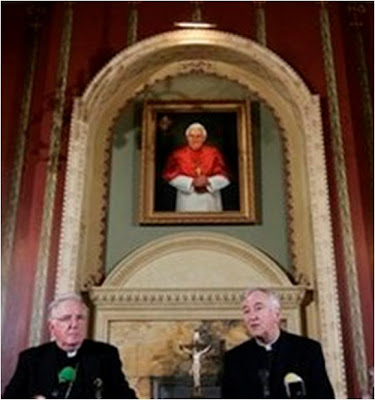 Various British media outlets reported on Wednesday that Pope Benedict XVI has decided that he will visit Britain next September. Upon hearing the news, Archbishop Vincent Nichols, President of the Bishops' Conference of England and Wales, said the “prospect of a visit by Pope Benedict fills us with joy.”

Although the news of a visit has not been officially announced by either the Vatican or Downing Street, the Pope has received several invitations to visit Britain, most recently from Prime Minister Gordon Brown.

Archbishop Vincent Nichols of Westminster reacted to the reports by saying, “We are encouraged and pleased at the news which has emerged about the possible official visit of Pope Benedict XVI to the U.K. next year.”

“We are glad the Holy Father is giving such consideration to the invitations he has received from Her Majesty’s Government, which accord closely to the wishes and requests also expressed by the Bishops of England & Wales,” the archbishop said.

“The prospect of a visit by Pope Benedict fills us with joy.”

The Archdiocese of Malta also recently announced that the Vatican is looking into a possible papal trip to the island nation in 2010.

It has been 27 years since a Pontiff visited Britain, with Pope John Paul II making the last trip in 1982.