"For Greater Glory": A movie review by Fr. Robert Barron 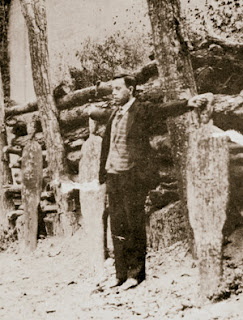 The new feature film “For Greater Glory” tells the story of the Mexican Cristero war, which broke out in the 1920’s when the secularist government, under the leadership of President Plutarco Elias Calles, decided to enforce the strict anti-clerical laws embedded in the Mexican constitution of 1917. All religious ceremonies – Masses, baptisms, confirmations, weddings, etc. – were banned, bishops were forced to leave the country, and priests were forbidden to wear clerical garb in public. Priests who resisted were imprisoned, tortured, and in some cases, killed outright. One of the most affective scenes in the film is the execution of Padre Christopher, an old priest played by the great Peter O’Toole. As the federales arrived in his small town, the priest refused to hide or flee. Instead, he sat quietly in his church, robed in Mass vestments, and accepted his fate as an act of witness. Others also resolved to resist through nonviolent means, most notably Anacleto Gonzalez Flores (played by Eduardo Verastegui), a magazine editor and activist, who rallied Mexican youth through his speeches and writings.

But given the intensity and violence of the attack on Catholicism – which Graham Greene called the most thorough persecution of a religion since the time of Elizabeth I – it was practically inevitable that an armed resistance would emerge. The bulk of “For Greater Glory” concerns this “Cristero” rebellion, which began with small and disorganized bands of guerilla fighters, but grew, under the leadership of General Enrique Gorostieta (Andy Garcia), into an efficient military operation. The emotional heart of the film is the relationship between the General and a 14-year-old boy named Jose, who had been a friend of Padre Christopher and witnessed the priest’s murder. Despite his youth, Jose joined the Cristero army, serving as standard-bearer and aide-de-camp to Gorostieta. In the course of a particularly brutal battle, Jose was captured by the federales, who then tortured him mercilessly, hoping to compel him to renounce the ideals of the Cristeros and accept the decisions of the government. Even in the face of this horrendous attack, Jose refused to give in, stubbornly repeating the motto of the resistance: Viva el Cristo Rey! (Long live Christ the King).

I won't give away any more of the story, but I would like to reflect on that motto, which is heard throughout the film on the lips of dozens of characters. Viva Cristo Rey! is the hinge on which this entire Cristero episode turns and is, indeed, the central teaching of the New Testament. The great Scriptural scholar N.T. Wright has argued that the four Gospels are fundamentally the story of how Yahweh, the God of Israel, through the life, death, and resurrection of Jesus of Nazareth, established himself as king. On the Biblical reading, the world had long been governed by various “kings” who ruled through violence and cruelty: Pharaoh, the Amalekites, the Philistines, the Assyrians, the Babylonians, the Greeks and the Romans. But Yahweh had promised that one day, through his anointed servant, he would deal with these tyrants, and would himself come to shepherd and to reign. It is of enormous significance that when Jesus first appeared as a preacher in the hills of Galilee, his theme was “the kingdom of God is at hand!” In other words, in his own person; an entirely new way of ordering things is on offer. Then, in his love and non-violence, in his open-table fellowship, in his outreach to prostitutes and tax collectors, in his mocking of the Pharisees and religious establishment, in his healing and teaching, Jesus was demonstrating precisely what the reign of the God of Israel looks like.

This way of life inevitably awakened the opposition of the powers that be. At the climax of his ministry, Jesus faced down the resistance of “the world,” to use the typical New Testament term, meaning that whole congeries of cruelty, betrayal, denial, violence, corruption, and hatred by which human affairs are typically ordered. He permitted all of that darkness to wash over him, to crush him and snuff him out. But then, on the third day, he rose again from the dead in the power of the Holy Spirit and thereby outflanked, out-maneuvered and swallowed up the darkness. In a delicious irony, it was Pontius Pilate who anticipated the significance of this victory over the cross of Jesus, the Roman governor had placed a sign written in the three great languages of that time and place, which read “Jesus of Nazareth, King of the Jews.” In the light of the resurrection, the first Christians knew that, in Jesus, the God of Israel had become king, and that the world was now under new management. They saw their mission as the declaration of that kingship to everyone. This did not imply at all that they were advocating “theocracy” in the crude sense. (Indeed, both Peter and Paul urge their readers to show deference to the properly instituted Roman authority.) But they were insisting that Jesus is the one to whom final allegiance is due and that he is more powerful than any of the “kings,” – political, economic, military or cultural who tend to dominate human affairs. They reveled in the fact that Jesus’ kingly power was exercised, not through violence and domination, but through the non-violence of the cross. They gladly announced to anyone who would listen that the true king wore a crown of thorns and reigned from a throne that was a Roman instrument of torture.

At the very close of “For Greater Glory,” we see a listing of those figures from the film that the Catholic Church beatified or canonized as saints. Without exception, they were those who chose the path of non-violent resistance. As I said, I certainly understand why an armed rebellion sprang up in the Mexico of that time, and I wouldn't dream of questioning the motives of those who participated in it. But I would indeed say that those who advocate the kingship of Jesus should fight the way he did: invading the darkness by light and swallowing up hatred through love. Viva Cristo Rey!
Posted by Padre Steve at 4:43 PM