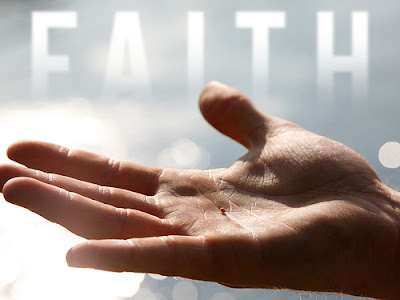 God is the prime mover in the story of salvation, Pope Benedict XVI taught on June 17, as he discussed Christ's parables about the similarity between the Kingdom of God and the growth of seeds.
“The message is clear,” the Pope told pilgrims in his midday Angelus address. “The Kingdom of God, even if it requires our cooperation, is firstly a gift of the Lord, a grace that precedes man and his works.”

“Our small force, apparently impotent before the problems of the world, if placed in that of God is not afraid of obstacles, because it is certain of the victory of the Lord.”

This is “the miracle of God’s love” that should make us “optimistic, despite the difficulties, sufferings and evil that we encounter,” he said.

The Pope was dwelling upon two of Christ’s parables as recounted in Sunday's Scripture readings from the Gospel of St. Mark. In the first, a seed is sown and then grows by itself while the farmer sleeps, while in the second the tiny mustard seed grows to become “the greatest of all shrubs.”

Pilgrims gathered in a sunny St. Peter’s Square heard an explanation of the first parable, as referring to “the mystery of creation and redemption, the fruitful work of God in history” that will conclude with Jesus' assured victory at the end of time.

“Every Christian, then, knows that he must do all he can, but that the final results depend on God,” said the Pope, suggesting that “this knowledge will sustain his daily labors, especially in difficult situations.”
The parable reminded Pope Benedict of the advice given by the 16th century founder of the Society of Jesus, Saint Ignatius of Loyola, who told his followers to “act as if everything depended on you, knowing well that in reality everything depends on God.”

Meanwhile, in the parable of the mustard seed, Christ speaks of a plant whose strength stems from its initial smallness.

So too with the kingdom of God, the Pope said, which is a “humanly small reality, composed from those poor in heart, from those who are not confident in their own strength but in the love of God, from those not important in the eyes of the world.”
Yet it is in their lives that “the power of Christ” breaks through “and transforms what is apparently insignificant.”

The Pope concluded his Angelus address by leading pilgrims in the midday Marian prayer, before addressing the crowds in various languages and, finally, imparting his apostolic blessing.
Posted by Padre Steve at 9:27 AM