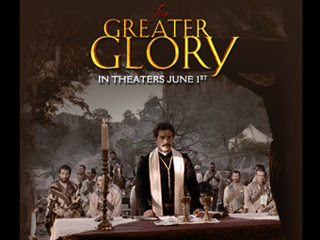 Lima, Peru, May 31, 2012 / 04:06 pm (CNA).- Latin Americans are greatly anticipating the release of “For Greater Glory” on June 1 in the U.S., as weekend box office numbers could determine its distribution in Central and South America.

The movie tells the story of the Cristero War in Mexico during the religious persecution carried out by President Plutarco Elias Calles against the Catholic Church in the 1920s. It stars Andy Garcia, Eva Longoria, Peter O’Toole, Panamanian singer Ruben Blades and Mexican actor Eduardo Verastegui.

Many Latin Americans are hoping that the Hispanic community in the U.S. turns out in large numbers to see the film during its opening weekend June 1-3.

“Catholics ought to go to theaters so that the movie can reach more people in Central and South America, where distribution depends on the outcome in the United States,” the film's producer, Pablo Jose Barroso, said during an EWTN program on May 10.

Barroso noted that the movie is not only for Hispanics or Mexicans, but for everyone, because it clearly speaks of the defense of religious freedom. The persecution by the regime of Plutarco Elias was “bloodier than the Mexican Revolution,” he said.

CNA has received numerous emails from people in Peru, Argentina, Panama, Colombia and other countries in Latin America, who hope the film is shown where they live.

“For Greater Glory” has already been shown in Mexico, where it topped the box office on its opening weekend, surpassing films such as “Titanic” in 3D and “Wrath of the Titans” in 3D.

For a list of theaters where the film can be seen in the U.S., visit:http://www.forgreaterglory.com/
Posted by Padre Steve at 9:47 AM