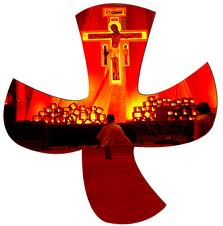 Continuing with an itinerary that has spanned from Poznan, to Brussels, Geneva, Zagreb, Milan, Lisbon, Hamburg, Budapest and Paris, this year the 33rd European meeting organized by the Taizé Community will be held in Rotterdam.

The Dec. 28-Jan. 1 event is expected to bring 30,000 young people to the city, at the invitation of the Bishops Conference of the Netherlands, the General Council of the Dutch Protestant Church and the Netherlands Council of Churches.

Some 150 churches will host the youth in the mornings. For the afternoons of the 5-day event, the young people will join at an exhibition center for meals and prayer.

"The afternoon workshops will allow young people to reflect on the sources of faith and their commitment to serve Christ in the Church and in society," a statement from the community explained. "Some topics will be inspired by the 'Letter from Chile' that Brother Alois, the prior of Taizé, will issue following a meeting of Latin American youth led by the Taizé Community in Santiago, Chile, from Dec. 8-12."

A detailed program of the Rotterdam meeting as well as Brother Alois' letter will be available in the coming weeks at the Taize Web site.
Posted by Padre Steve at 4:24 PM