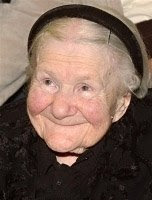 This is really an amazing story and I am really surprised that it has made it to the mainstream. It is airing tonight at 9 PM Eastern:

On Sunday evening CBS will broadcast a movie about the heroic efforts and “courageous heart” of Irena Sendler, a Polish Catholic social worker who created and led an underground group that rescued Jewish children from Nazi persecution.

It is even more amazing that this is being shown on Divine Mercy Sunday! God is good!

Here is more on Irena from one of my previous posts:

Al Gore won, for a slide show on Global Warming.

The picture below is of Irena and some of her "children" from the war. 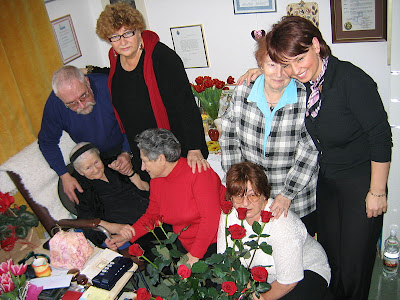 I am from Poland and I for years I had no clue about Irena Sendler. Last year I wrote this post about her life:
http://iwka.wordpress.com/2008/05/13/sendlers-list-catholic-woman-rescued-2500-jewish-children/

Thank you, Father, for letting us know that this movie was on tonight.

We watched it and were greatly moved by her courage. May we all be inspired to act as she did.

On a side note, when do you think Hallmark will make the Algore tribute slideshow?

I heard about Irena last year. This is truly an incredible story and movie. I watched it and it brought to shed many tears.

Do you know if Irena has been considered for sainthood? I have tried to search the web for this and was unsuccessful.

This woman is truly a saint. I would love to see the process begin to take place.

How does one do this? How can we recommened her? Or, are we able to?

Irena Sendler saves countless Jewish children from being killed, and Al Gore wins a peace award for something that doesn't even exist. What is this world coming to?! I pray that Irena's cause for canonization takes place soon!