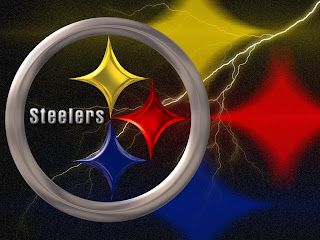 2 football stars from New Orleans who grew up together get drafted onto the same team! Very cool! The following comes from yahoo sports:

They were teammates in Pop Warner and high school, best friends who planned to attend college together before a coaching change intervened. When it became evident that both would be NFL draft picks, they kept wondering where each would go.

How about to the same team on the same round, and to the Super Bowl champions no less?

Mike Wallace and Keenan Lewis couldn’t script this any better, together again in the NFL—just as they were when they lined up as kickoff returners at O. Perry Walker High in New Orleans. This kind of story usually occurs only in movie scripts or works of fiction, yet it happened Sunday when Wallace and Lewis were drafted 12 picks apart in the third round by the Pittsburgh Steelers.

The first person Wallace called when the Steelers chose the Mississippi wide receiver was his best buddy Lewis, the Oregon State cornerback. So imagine Wallace’s surprise when, a few minutes later, Lewis called back to say he was going to Pittsburgh. too.

As Lewis was driving to Wallace’s house for a mutual draft day celebration, he couldn’t help but wonder: How lucky can we be?

“It’s a blessing. It has always been my dream to play in the NFL,” Lewis said. “It’s also a dream to play with one of my best friends. Since the age of 6 we played Pop Warner together, and we have played together ever since.”

Except for college. Both signed with Oregon State but, when their high school coach was hired as a Mississippi assistant, Wallace changed his mind and went there, losing a season of eligibility.

They’ve gone through hardships together, too, including Hurricane Katrina, which swept through their New Orleans neighborhood, tearing the roof off Wallace’s family home and temporarily displacing both families.

“I thought I was going to be taken first (in the draft),” Lewis said. “My name was one that popped up first on the draft lists before his. When he got picked, it was a relief for me because he has been my best friend for a long time.”

To read more please click here.
Posted by Padre Steve at 5:45 AM