Update: "All Children in Port-au-Prince are now street children" 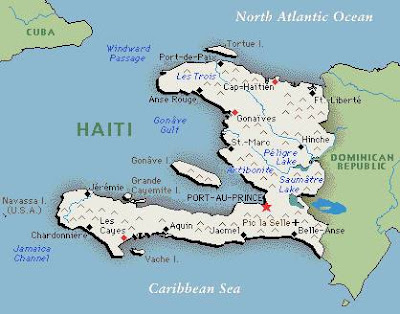 Here is the latest on the Salesian in Haiti:
Bits of news have been arriving in our Salesian Provincial House in New Rochelle from Port-au-Prince via Rome.

2. One report, coming to us from Fr. Adriano Bregolin, vicar of the Rector Major, through our British confreres, says that up to 500 pupils are buried under rubble at one of our schools, presumably ENAM (St. John Bosco), and that “all six Salesian houses in the area of Port-au-Prince have been destroyed.” All other reports mention “200+” students in the collapsed building, including 2 posted today by ANS. Efforts are being made to get Haitian National Police and/or OCHA to ENAM to try to extract the students.

3. Fr. Attilio Stra, director of ENAM and already reported as seriously injured, has sent an e-mail to Italy acknowledging, “It’s a miracle I’m alive.” Dominican soldiers are evacuating him to Santo Domingo for medical treatment.

5. All of the FMAs (Salesian Sisters) are safe. They suffered only one minor injury, Sister Piard Mathilde, who was treated and released from a hospital. None of their students were in their buildings when the quake struck. Many of their buildings are heavily damaged.

6. Two sisters from the Dominican Republic reached Port-au-Prince yesterday and reported that many of the sisters and their boarding students have gathered at the damaged provincial house and are sleeping in the open. They are rendering whatever assistance they can to others. They suffer from not knowing how the sisters in other communities are faring, or about their own relatives. They are sustained by their trust in Mary Help of Christians. The FMAs in the Antilles Province are organizing relief, and the 2 visiting sisters marvel at the dignity and hope they see in the suffering people of Haiti.

7. Salesian Missions in New Rochelle has acquired six satellite phones and a solar charger for them and is trying to get them to Port-au-Prince so that reliable communications can be opened.

8. The New Rochelle Salesian Mission Office has already sent a container of rice, which is due to arrive by Monday, January 18, but won’t immediately have any possibility of being unloaded because of port conditions.

9. Fr. Julian Fox, “trawling through the stuff coming in” at his office in Rome, was hard hit by this remark: “The humanitarian aid organization [the Salesians are meant] has its work cut out for it as all children in Port-au-Prince are now street children.”

10. The Union of Superiors General in Rome is establishing a network among the various religious orders to share information. The De La Salle Brothers have lost three of their confreres. All the Claretians in the country are safe, but the buildings of the parish they were looking after have been destroyed.

11. At least one American died, Molly Hightower, niece of a Jesuit in Spokane, who was doing volunteer work at Friends of the Orphans in Port-au-Prince. Their 7-story building collapsed. [This comes to N.R. from Seattle, not Rome.]

12. Water, food, and medical supplies are the most urgent needs. Salesian Missions has had many offers for these, for volunteers, for transportation, etc., as well as a flow of cash donations, and is working at coordinating all. Much depends upon establishing the above-mentioned communications and, of course, on a place or places to set up operations in the city. The Rector Major has appointed 2 Spanish SDBs to go to Port-au-Prince and coordinate efforts there.

13. Salesian Missions is also planning already for development work after the immediate crisis: for clean-up and rebuilding. Fr. Steve Ryan may bring a Gospel Roads III team there in May.

14. Salesian Missions set up a special account to receive donations for Haiti:

Finally, the Salesians ask for prayers for our suffering and dead confreres, pupils, sisters, and all the people.