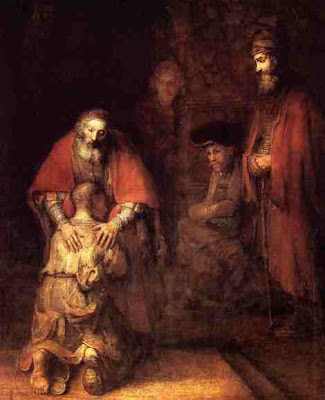 Chuck Colson has some good insights into the Brit Hume controversy of last week regarding Tiger Woods. The following comes from the Catholic Exchange:

On Fox News this week, Brit Hume, respected journalist and one-time Fox anchor, was asked whether Tiger Woods would recover from the scandal that has cost him several lucrative endorsements. Brit Hume replied, “Tiger Woods will recover as a golfer.”

But he didn’t stop there—and in the process ignited a controversy that says more about his critics than it does about Hume or what he had to say.

Hume said the “open question” is “whether [Woods] can recover as a person.” Hume pointed out that Woods had “lost his family” and that his future relationship with his children is unclear.

At this point, as golfers might put it, Hume was already in the rough. Americans don’t like to be reminded that sex outside of marriage has consequences. But what set the commentariat’s teeth on edge was Hume’s suggestion that Woods’ best chance for recovery lies with faith—and specifically, the Christian faith.

Noting Woods’ Buddhist background, Hume said that Buddhism doesn’t offer “the kind of forgiveness and redemption that is offered by the Christian faith,” and he urged Woods to consider Christianity.

Hume’s words were followed by “a moment of awkward silence.” But that didn’t last long. As Rabbi Brad Hirschfield put it, response to Hume’s comments ranged from “outrage to disgust.”

One example was television critic Tom Shales of the Washington Post . Shales, who once called convicted rapist Roman Polanski a “celebrity hounded by the state,” was less-charitably inclined toward Brit Hume. He wrote that “darts of derision” should be aimed at him.

The obvious question is, “Why the outrage?” Was Hume wrong about the differences between Christianity and Buddhism? Not really. Barbara Hoetsu O’Brien, a Buddhist journalist, told USA Today that “Buddhism doesn’t offer redemption and forgiveness in the same way Christianity does” since “Buddhism has no concept of sin.”

Was Hume’s offense presuming to offer Woods unsolicited advice in public? If so, the outrage is selective. At ESPN, writer Malcolm Gladwell “advised” Woods to make it clear that “he is not someone who is ready, as yet, to settle down” and then take lessons on how to “live a tasteful bachelor lifestyle” from Yankee shortstop Derek Jeter. I don’t recall any outrage over Gladwell’s “presumption” to advise Tiger Woods.

The outrage, as Rabbi Hirschfield writes, stems from the fact that “many people fear faith and even more genuinely resent it being discussed in public.” I would add they especially resent Christianity being discussed. If Hume had advised Woods to spend time in a Buddhist monastery, there wouldn’t be a controversy. If he had urged Woods to enter rehab, Hume would have been applauded.

But what Hirschfield calls the “shrill objections” to Hume’s comments are, as he tell us, rooted in the “contempt which many others have for Christians and their willingness to speak their faith.”

Here’s a prediction for 2010. I know Brit Hume; he will be fine. He is a strong, good man who can take the heat. But let’s hope his conviction to speak the truth plainly and winsomely will spur other Christians to do the same—even in the face of the “shrill objections” that are sure to follow.