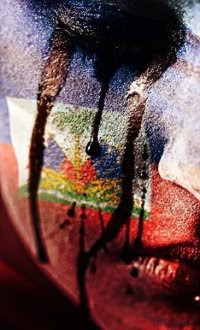 From the Salesian News Agency:
One of the tens of thousands of victims in the Haitian earthquake was Salesian Brother Hubert Sanon, 85. Salesian Father Mark Hyde, executive director of the Salesian Missions based in New Rochelle, N.Y., said Brother Hubert was the first Haitian to become a Salesian brother. Details surrounding Brother Hubert's death were unknown, but Father Hyde said he died in the Salesian compound that houses the National School of Arts and Trade, known as ENAM among Haitians. The Salesian generalate in Rome issued a brief statement Jan. 15 saying that Italian Salesian Father Attilio Stra, the school's director, "confirmed the destruction" of the trade school and said it was most likely the more than 200 students and several staff members were dead. The number of students believed dead later was estimated by the Salesians at up to 500. Father Stra, who was seriously injured during the earthquake, sent an e-mail to Rome saying, "It's a miracle I'm alive." Brother Hubert professed vows in 1947 and worked at the school's Lakay program for young adults and teenagers on the streets. The program tries to reunite the young adults with their families. For those unable to find their families, the program offers the young people a place to stay and teaches them a trade in preparation for employment. Father Hyde said Brother Hubert was a graduate of the school and was so impressed with the work of the Salesians that he decided to join the order.

Here is more on the terrible tragedy:
Posted by Padre Steve at 12:01 AM