Goodness in a Time of Evil 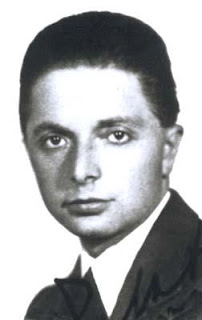 Charles Colson is a great Christian writer and always has insight. This is a great story of hope in the darkness. The following comes from Catholic Exchange:

In 2005, the United Nations designated January 27 as an annual day of commemoration for the victims of the Nazi regime. They chose the 27th because on this day in 1945, the Soviet army liberated Auschwitz. Most know the grim tales of what happened in Nazi death camps only too well—six million Jews killed, the gas chambers, the crematoriums, forced labor.

For Elizabeth Bettina, the story also would have been unknown had it not been for one intriguing photograph of her grandparents’ wedding in the early ‘40s in the tiny village of Campagna, Italy. There in the photo of her Catholic grandparents amidst a priest, some police officers, and other smiling wedding guests, stood an Orthodox Jewish Rabbi.

Bettina couldn’t stop wondering about it. How could it be that a rabbi would be standing near smiling people, including police officers, during World War II in Mussolini’s Italy? That photo launched her on a journey that would be life changing, which she recounts in her new book, It Happened in Italy.

In her book, Bettina interviews several survivors. They each say they were treated humanely in the Italian camps. They were well-fed and well-dressed. In Campagna, for instance, they were free to come and go, so long as they were present for roll call in the morning and in the evening when the doors of the camp closed.

When Italy surrendered to the Allies, the Germans acted quickly to deport Italian Jews to death camps in Germany. But many Italians rose up to protect the Jews from that horrible fate.

In fact, one man, an Italian police official, Giovanni Palatucci—known as the Italian Schindler—played a major role in saving thousands of Jews. When the Germans tried to deport the Jews in Italy, Palatucci hid the list of names from the Nazis. He supplied false documents to help many leave Italy, and others he hid with his uncle, a bishop. 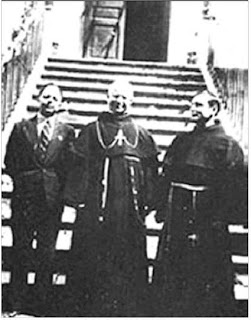 When the Nazis figured out what Palatucci had done, they sent him to Dachau, where on February 10, 1945, he died the death he had saved so many Jews from. “Greater love hath no man than this…” Israel has acknowledged Palatucci as one the “Righteous among the Nations” for his deeds.

Bettina writes, “This story of goodness in a time of evil must be told.” She’s right. It Happened in Italy is a great reminder that the kind of evil we saw happen in Nazi Germany only happens when individuals participate, or choose to turn a blind eye.What happened in Italy, however, reminds us that in evil times, those who serve the cause of life can write a different kind of story. If the phrase “Never again” is to be true, that’s a lesson each of us needs to learn and re-learn.