Men of Valor/Woman of Virtue 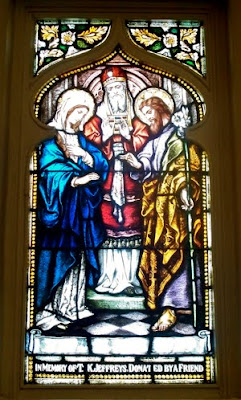 Think of the church as a hospital, a Franciscan University professor told some 1,000 Christians at a conference on the evils of pornography. “We are all here not as doctors and nurses, but as patients,” said Catholic theologian Scott Hahn. “We all need intensive care.”

Hahn and his wife, Kimberly, were the keynote Catholic speakers at the annual twin Men of Valor/Women of Virtue conferences in Olathe, Kan. Co-sponsored by the Diocese of Kansas City-St. Joseph and the Archdiocese of Kansas City in Kansas, the conferences are also mainly sponsored by the inter-denomination, anti-pornography National Coalition for the Protection of Children and Families, founded by Jerry Kirk, Kimberly Hahn’s father.

As it has for years, the conferences drew more than 1,000 Christians from both sides of the state line to learn more about raising faith-filled children in a culture saturated by sexual promiscuity. The Men of Valor Conference was held Jan. 30 at Mid-America Nazarene University, while a separate women’s conference the same day was held at Prince of Peace Catholic Church, both in Olathe, Kan.

Participants in both conferences gathered together on the college campus on the evening of Jan. 29 to hear all four keynoters — Mark Laaser of Faithful and True Ministries, and Dannah Gresh of Pure Freedom as well as the Hahns.

In his keynote, Scott Hahn stressed the “Theology of the Body” teachings of the late Pope John Paul II that sex reserved for a monogamous, sacramental marriage between one man and one woman is God’s greatest gift to humanity.

“When we enter into a marriage covenant, your body is saying (to a spouse), ‘I’m yours, and only yours,’ so that God’s life-giving love can be expressed through us,” Hahn said.

“It’s not about sacrifice,” he said. “It’s about sanctification.”

Citing the Bible that says that man and woman become one flesh, Hahn said that “the one flesh we become is so real, that nine months later, we have to give it a name.”

Hahn said that the commandments are not the product of a controlling God, but of a loving God.

“The commandments are a description of who we are and what we need,” he said. “God loves us more than we are ever capable of understanding. That’s why sin isn’t just about broken laws. Sin is about broken lives and broken hearts.”

Hahn said that Christians must continually fortify themselves against sin.

“This world is not a playground. It’s a battlefield,” he said.

“We face spiritual warfare, and we all know failure, and beginning over again and again,” Hahn said.

“This is what it means to get to heaven. We will be carrying these scars to God,” he said. “What we have to offer God is a humble and contrite heart.

“God is through all eternity a father,” he said. “We are here to internalize that, and to ask him to help us do what we cannot do alone.”

In her opening keynote, Kimberly Hahn told of how Noah’s wife immediately accepted God’s curious — to humans — command to her husband to build a huge ark, even without hearing it herself.

“Mrs. Noah believed the word of God through her husband,” she said. “There were no priests to go to, no pastors. She believed her husband and believed that God had spoken through him.”

And not just his wife, but his sons and their wives also believed Noah, “the spiritual head of the family.”

By believing they were all saved, even though the world ridiculed them.

“Men who head households, you must act for the salvation of your households,” Hahn said.

“The world isn’t going to change,” she said. “We are the ones who have to change.”

Speaking from the Protestant viewpoint, Laaser and Gresh both stressed that Satan is targeting marriages and families as the way to destroy the Christ’s church.

Gresh told of the societal pressures on the teen and pre-teen girls she works with, and how the sex-saturated culture is the opposite of God’s plan for their lives.

“When God looks down on earth in his quest to teach his passion for us, he sees a marriage bed, a pure and holy marriage bed. That’s the passion,” she said.

“If your relationship with your kids, with your wife has the potential to be the picture of Christ and his church, how motivated is Satan to destroy that image?” Gresh said.

“This weekend, we want to equip and motivate you to stomp on his head."

Laaser, without naming names, said he has counseled some of the world’s wealthiest and most famous people through sexual addictions.

One Hollywood star — “a name you would all know” — once confessed to having sex with more than 3,000 women.

“He told me that it was never enough. He always wanted more,” Laaser said.

“Sexual things are never enough to satisfy our souls,” he said.

Laaser said the famous star had no idea what he was hungering and thirsting for, he said quoting the Bible: “Those who hunger and thirst for righteousness, they will be filled.”

Instead, the star and all others seeking satisfaction through promiscuity are trapped in a selfish, narcissistic lifestyle.

“How do I get selfless?” Laaser asked. Then answering with more questions, he said, “What are we willing to die for? Would you die for your spouse?”

Speaking directly to the men, Laaser said, “Then I would say to you, when you look at pornography or lust after another woman, you are killing your wife’s spirit.

“Can you turn to a life of purity?” Laaser asked. “If you are a man of valor, you are willing to die for those who love you.

“Tonight, are you willing not to die, but to die to yourself?” he asked. “If you are, then the resurrecting love of Jesus Christ will be made manifest in your life.”
Posted by Padre Steve at 8:04 PM