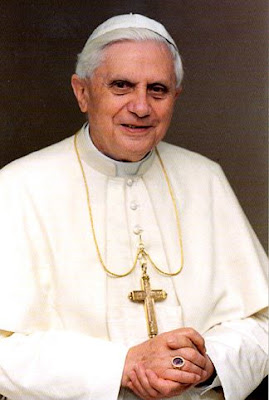 "The blossoming of priestly and religious vocations depends in good part on the moral and religious health of the Christian family," the Holy Father told Romanian and Moldovan bishops on Friday, as urged them to respond to the challenges being faced by the family in their countries.

The bishops met with Pope Benedict XVI as part of their "ad Limina” visit to the Holy See.

Addressing the bishops on the penultimate day of their visit, Benedict XVI placed a special emphasis on the importance of good relations between bishops and the priests that work with them as "first and precious collaborators."

He exhorted the bishops to be "true fathers" to their priests and to guard the “communion between you and with them in a climate of affection, attention and respectful and fraternal dialogue." Additionally, the Pope emphasized the need for the bishops to look after their priests' “spiritual and material conditions and to always keep them up-to-date in theological and pastoral matters.”

"The blossoming of priestly and religious vocations depends in good part on the moral and religious health of the Christian family," stated Pope Benedict. "Unfortunately, in our time there are many dangers to the familiar institution in a secularized and disoriented society."

Pointing out the strength of Catholic families in the region in being faithful to the Gospel "during the time of trial," Benedict XVI said that they continue to be tested by the "scourges of abortion, corruption, alcoholism and drugs, and also birth control through methods against the dignity of the human person."

As a remedy, the Holy Father recommended the promotion of parish initiatives for proper preparation of engaged couples for their married and family lives and a better organized youth ministry. But "most of all," he highlighted, "what is needed is a decided commitment to favor the presence of Christian values in society... ."

Pope Benedict XVI also underscored the importance of the "witness of fraternity" between the Catholic and Orthodox communities in the countries, especially concerning the defense of "the Christian roots of Europe and Christian values."

A constructive dialogue between the Catholics and Orthodox, the Holy Father added, will not fail to increase "unity and harmony, not only for your countries, but also for all of Europe."

Members of the Roman Catholic bishops' conference of Romania have been in Rome since Monday and will conclude their "ad Limina" visit on Saturday. They are led by the president of bishops' conference, Archbishop of Bucharest Ioan Robu.
Posted by Padre Steve at 4:44 PM