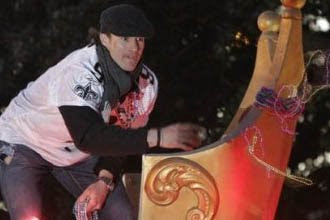 He added, that may be a low estimate based on what he saw riding in the parade.

He will make a final estimate today after getting a look at aerial footage from helicopters flying over the route.

Watch video from along the parade route: