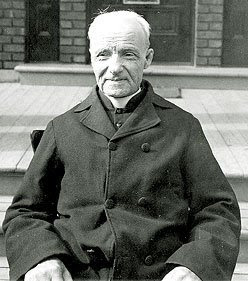 I came across this at Spirit Daily:

The Vatican announced yesterday it will hold a public consistory – a council of cardinals presided over by the pope – on whether to make Brother André a saint.

André Bessette, a Holy Cross brother and the founding cleric of St. Joseph’s Oratory, was born in St. Gregoire d’Iberville, and has been credited with thousands of miracle healings.

His case will be considered next Friday, along with five others under consideration to be canonized.

Via the Montreal Gazette.