New Saints: Mary MacKillop and Brother Andre to be canonized 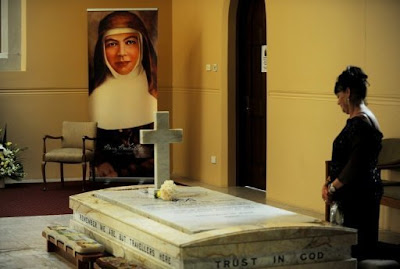 The Holy Father has announced the canonizations of Blessed Andre and Blessed Mary MacKillop. The following comes from the Google News:

Australia will have its first Roman Catholic saint -- a pioneering nun who was briefly excommunicated from the Church for insubordination -- on October 17, Pope Benedict XVI announced Friday.

Mary MacKillop will be canonised along with a monk from Quebec, the Canadian province's first male saint, a Pole, a Spaniard and two Italian nuns, he said.

MacKillop, a nun revered for her work with needy children as much as for her rebellious streak, is already a national icon.

Australia's ambassador to the Holy See hailed the announcement, saying it was "a terrific salute to an outstanding Australian, a giant leader in education and many other fields."

Tim Fischer added: "There is a great deal of affection and respect for Mary MacKillop. Further, she was a strong leader, a compassionate worker for the poor and a pioneer in education."

In December, Benedict recognised a miracle in which MacKillop apparently cured a woman of cancer, paving the way for her canonisation.

MacKillop, who died in 1909, passed the first stage to sainthood when pope John Paul II beatified her in 1995 after recognising a first miracle attributed to her, in which a woman was said to have been cured of terminal leukaemia.

Melbourne-born MacKillop established her first school in a disused stable and founded an order of nuns at the age of 24.

MacKillop spent her life educating the poor, taking learning to the harsh outback.

But the pioneering educator and social reformer was not without controversy -- she was excommunicated in 1871 for alleged insubordination before being welcomed back to the Church four months later.

Also Friday, the pope announced that Brother Andre, revered for his gifts as a healer, would become Quebec's first male saint. 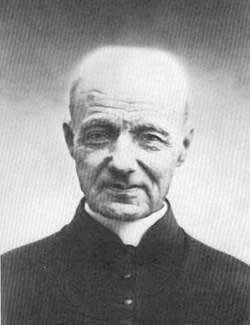 Brother Andre lived from 1845 to 1937 and his admirers built and dedicated Montreal's imposing St Joseph's Oratory to him.

He has been credited with thousands of reported miraculous healings. Related article: Quebec's humble healer.

But he reputedly could heal the sick through the laying on of hands and the use of an "inner power."

The faithful say he could simply say in his gruff voice: "Leave your crutches and walk" to cure a crippled person.

In the nave of St Joseph's Oratory dozens of canes are testimony to the cures attributed to Brother Andre, who was born Alfred Bessette.

Andre was beatified in 1978 by John Paul II, and a miracle healing was officially recognised by the Vatican on December 19, 2009, marking the two steps towards his canonisation.

Pope Benedict, making Friday's announcement in Latin at a consistory or meeting of cardinals at the Vatican, said the other saints to be created were Poland's Stanislas Soltys (1433-1489), Spain's Candida Maria de Jesus Cipitria y Barriola (1845-1912) and Italian nuns Giulia Salzano (1846-1929) and Camilla Battista Varanno (1458-1524).