St. Pius X and the Olympics 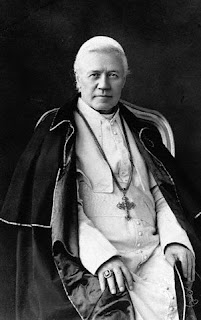 The following comes from Zenit.org:
It was 1908 when, in the wake of a serious economic crisis, Rome renounced hosting the Olympic Games which were eventually celebrated in London, England. In the same year Pierre de Coubertin, the founder of the modern Olympics, sought help from the Vatican to support the Games, and Pope Pius X in person offered him his support.
More than 100 years later, the British capital is hosting the Olympic Games for the third time; the opening ceremonies were today.
That moment at the beginning of the 20th century is described in a book titled "Pio X: Le Olimpiadi e lo Sport" (Pius X: The Olympics and Sports) by Antonella Stelitano. At that time "less than 1% of the population practiced any sporting activity, ... and sport was used only as a form of military training or as a pastime for the upper classes," the author explained in an interview with Vatican Radio.
However "St. Pius X ... was aware of the educational potential of sports." He saw it as a way "to approach young people, and to bring them together while following certain rules and showing respect for adversaries."
One such example was in a speech that Pius X directed toward youth Oct. 8, 1905. "I admire and bless with all my heart all the games and pastimes, gymnastics, cycling, mountain climbing, boating, jogging, [...], competitions and academics to which you dedicate yourselves The exercise of the body affects wonderfully on the exercise of the spirit. Because these activities require more work, you take away that sloth, which is the father of vices, and finally because the same friendly matches will be in you an image emulation in the exercise of virtue," the Pope said.
"I believe," the author explained, "that he understood that it was possible to bring people together simply, without any problems of race, religion or differing political ideas."
At that time in history many people did not understand the importance of exercise, said Stelitano who concluded her interview by recalling an anecdote where Pius X told one of his cardinals: "All right, if it is impossible to understand that this can be done, then I myself will do exercise in front of everyone so that they may see that, if the Pope can do it, anyone can do it."
Posted by Padre Steve at 9:20 AM