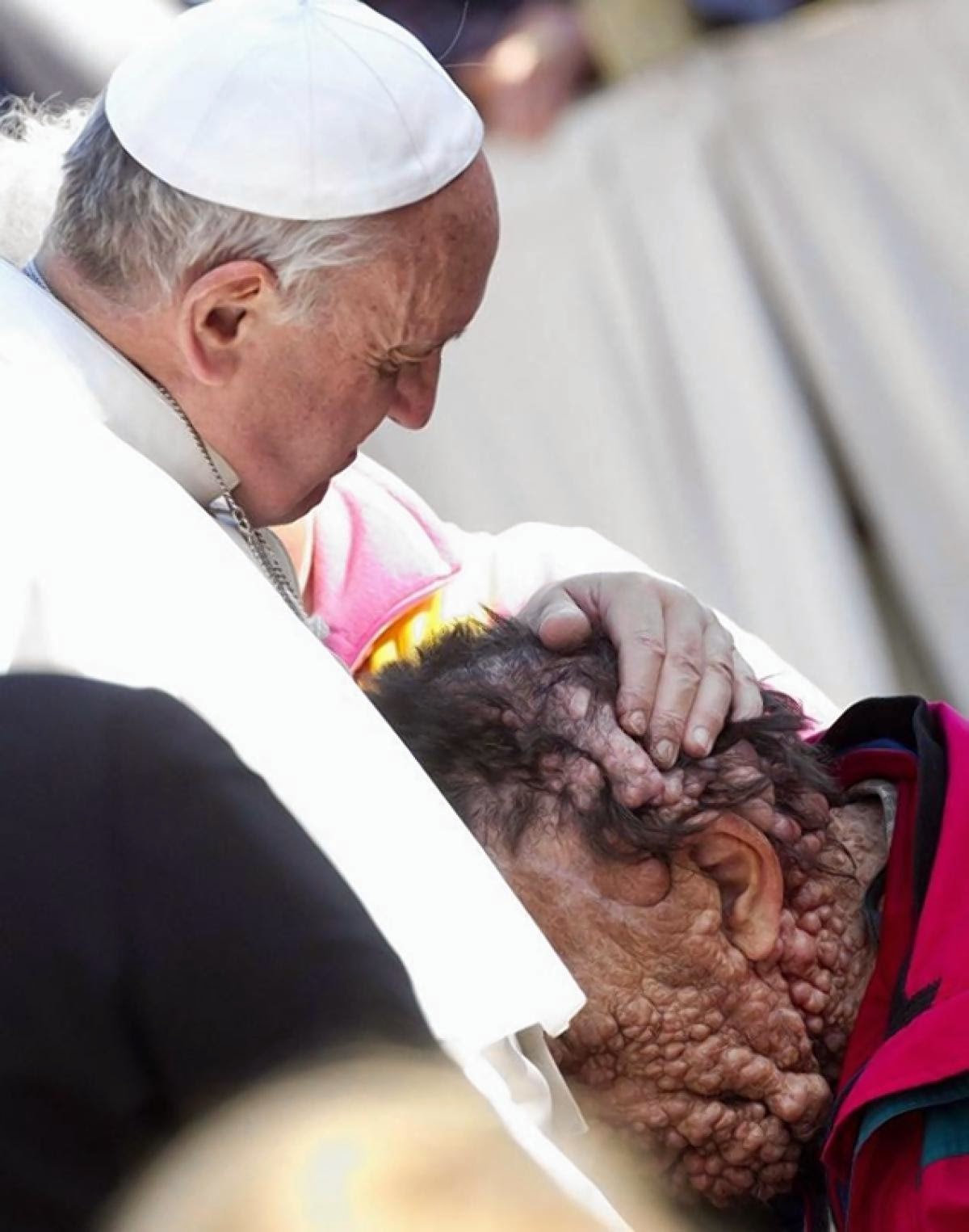 The following comes from The Daily News:

When Vinicio Riva traveled to Vatican City in early November to meet Pope Francis, he expected the same treatment he’s gotten his entire life—open-mouthed stares and thinly-veiled apprehension. People are usually afraid to come close to the hundreds of boils that cover Riva’s body, fearing that his very presence could make them sick, too.

The man thought that the Pope would speak to his aunt, who made the pilgrimage with him. He thought he would only get a cursory glance.

But instead, Francis headed straight towards Riva, wrapped his arms around the man’s head and pulled him in for a tight embrace.

It was like nothing he’d ever experienced before.
"He didn't have any fear of my illness," the 53-year-old told CNN. "He embraced me without speaking ... I quivered. I felt a great warmth."

The encounter with the pontiff lasted for just over a minute, but aunt Caterina Lotta says her nephew still feels the reverberations.

"He was almost not himself," Lotta said. "He was shaking."

Riva was diagnosed with neurofibromatosis type 1 when he was just 15 years old. The illness left him with tumors all over his body that swell and itch. His undershirt is often soaked with the blood that oozes out of his sores.