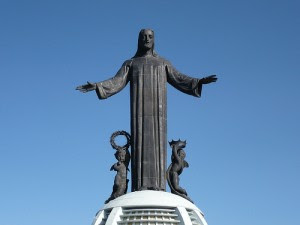 Lourdes Varguez Garcia is the granddaughter of one of the many Catholics who defended their faith during rampant religious persecution in Mexico from 1917-1925.

Now a nun living in Rome, she has called on Mexicans to live consistently with the gift of faith that the Cristero martyrs gave to the country.

In an interview with CNA, Sister Lourdes explained that at the time, “not celebrating Christ was unthinkable to many Mexicans.”

At the age of 18, her grandfather, Romualdo Varguez Gamboa, lived through one of the most difficult periods in the history of the Church in Mexico. The government outlawed any type of religious expression or celebration, closed all the churches and persecuted the clergy.

Romualdo was arrested for being Catholic on three occasions. He saw his home destroyed and he was even tortured with electrical shocks. A member of Catholic Action in Mexico, he was detained alongside three of his friends.

“They were tied up and subjected to electrical shocks to force them to reveal where they were having their next meetings or Masses in order to surprise them in the act,” Sister Lourdes said. “They wanted him to reveal names and information, but they wouldn’t say anything.”

She said Romualdo also went to prison for convening religious meetings at private homes. “They were the messengers, and they had to be sure the police did not find out,” she explained.

Romualdo was a catechist, and when the parishes were closed, he continued to teach the faith in secret.

“One day it was at a certain home, the next day at another, because he could not always be in the same place because the police would figure it out,” the nun said.

He also helped priests in hiding and went with them on trips to administer the sacraments. “The police thought they were just a group of young people on an outing but they were really going to teach the catechism and to celebrate Mass and confession.”

She recalled that one day police officers showed up at her grandfather’s house even though no religious ceremonies were going on and “they destroyed everything. There are pictures to prove it, and they hauled some people off to prison.”

Miraculously, a painting of the Sacred Heart that hung on the wall remained intact and the family has it to this day.

“My father said that Sacred Heart had been a faithful witness to this faith and love for the Church,” she noted. “That Heart of Jesus accompanied them and always encouraged them, just as his Love is faithful to all of us.”

Romualdo ultimately survived the persecution and went on to marry Bertha Sansores. They had ten children, and he continued to be a missionary.

“My grandfather and grandmother lived their faith together and they passed it on to their children, who each one freely embraced the love of God and his presence in their lives,” she said.

“For my father, the testimony of his father, his missionary work, the love of his mother for her children…all of that was a force that strengthened him to be committed to the faith,” Sister Lourdes noted.

She said that her faith as a Mexican is the “fruit” of her parents as well as every man, woman, and young person who lived the teachings of the Church without fear during the country's persecution of Catholics.
Posted by Padre Steve at 1:28 PM