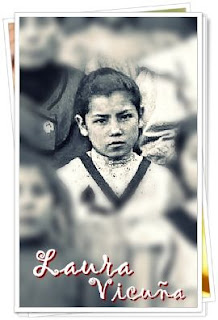 Forgiveness is not within our own power. It is in God’s power. Alexander Pope had it right: to err is human; to forgive, divine. In the Mass, when the bread and wine become, through transubstantiation, the Body and Blood of Jesus Christ, it is not by the priests own power, but by the power of Christ acting through him. So too, when we pray for those who have offended us, we transform the detritus of evil into a seedbed of goodness—not by our own power, but by the power of the Holy Spirit working in and through us. The Catechism says that the effect of praying for our offender is so spiritually potent that it purifies our memory: “It is not in our power not to feel or to forget an offense; but the heart that offers itself to the Holy Spirit turns injury into compassion and purifies the memory in transforming the hurt into intercession” (CCC 2842, 2843).

All this is not to say that forgiveness is without pain. Union with Christ demands interior martyrdom (2 Cor 4:11). But we’re in good company. The Catechism says our acts of forgiveness connect us with all the saints who gave their lives for the faith: “Forgiveness . . . bears witness that, in our world, love is stronger than sin. The martyrs of yesterday and today bear this witness to Jesus” (CCC 2844).

In the twentieth century, the Church recognized the sanctity of two young girls who were particularly profound witnesses to Christ’s forgiveness: St. Maria Goretti and Blessed Laura Vicuña. The life stories of these “martyrs of chastity” speak deeply to victims of childhood sexual abuse, offering inspiration, guidance, and hope for healing. Yet, many Catholics do not understand why the Church honors them, as their legacy has been misrepresented both from within and without the Church. 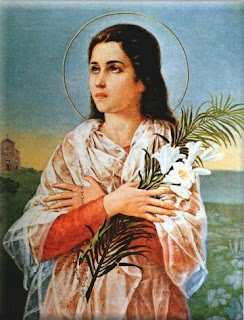 Maria Goretti in particular has suffered from bad press. On one side, critics of the Catholic faith, particularly those opposing its sexual ethic, assert that her canonization proves the Church values a woman’s physical intactness more than it values her life. On the other, some upholding her as a model of purity unwittingly reinforce the critics’ view by implying she is called a martyr of chastity because she was not violated. The truth is that the term “martyr of chastity” does not refer to whether the saint died physically intact, but, rather, whether the saint died resisting an attack on his or her purity. This teaching goes back at least to the time of St. Augustine, who wrote that Christian virgins who were raped before being martyred were still virgins.

The more I learn about Maria and Laura, the more I want to shout to their detractors and supporters alike: These holy ones are not caricatures. They do not exist to satisfy an agenda. They are real young women. It is worth taking the time to unearth their shining witness from beneath the politics and pious myths. …

“For the love of Jesus, I pardon him, and I want him to be with me in heaven.” That was Maria’s response when her parish priest, before giving her what she knew would be her final Communion (known as viaticum, when the Eucharist is given as “food for the journey” to heaven), asked if she could imitate Jesus’ forgiveness of the penitent thief and forgive her attacker.

Maria’s forgiveness reveals that she embodied chastity on a eucharistic level. Chastity finds its highest expression in mercy: forgiving from a wounded heart makes the body most like that of the risen Christ. Those who evaluated her cause for beatification found it no coincidence that Maria’s heart poured out its pardon on the day the Church marks as the Feast of the Most Precious Blood.
Posted by Padre Steve at 9:19 AM