Evangelization blocked by our own 'hesitancy' to convert 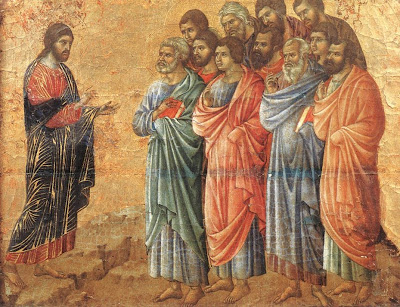 (CNA/EWTN News) The New Evangelization's biggest stumbling block is the reluctance of individual Catholics to themselves be converted by the faith, according to Cardinal Sean P. O'Malley.

This dynamic is a “hesitancy to accept that each one of us has the obligation to further our own personal conversion and at the same time to share our faith,” the archbishop of Boston told CNA Aug. 7.

He emphasized that many Catholics “don’t feel equipped” to share the Gospel, and that “we need to help them to be disciple-makers and to have the confidence, and also a sense of responsibility” to spread the faith.

“This Year of Faith is a wonderful opportunity for us; the Holy Father is inviting us to learn more deeply the concept of our faith, but also to share that teaching with others and realize that having the faith is a responsibility and is a mission.”

Cardinal O'Malley spoke to CNA at the Knights of Columbus' supreme convention in San Antonio, where he gave a keynote address the evening before about the New Evangelization in Pope Francis' pontificate.

In that Aug. 6 address, he emphasized the importance of being witnesses to mercy in a secularized culture, and of working to promote a civilization of love.

The Cardinal began his speech by recounting his experience at the recent World Youth Day in Rio de Janeiro, saying Pope Francis is challenging us to “embrace the New Evangelization with new ardor, with new boldness” and “with great love for all those who God places in our path.”

In reference to this great love, he spoke specifically about immigrants, who face the constant difficulty of being “a stranger in a strange land,” and who “experience countless humiliations and deprivations” as they try to provide for their families.

“The immigrants turn to the Church as their spiritual family,” he said, “and for their part have
contributed so much joy and vitality” to the Church.

Cardinal O’Malley also spoke of the increasing secularization of the West, stating that if missionaries were to be assigned to the most difficult mission in the world today, they would be sent to such far-off territories as Papua New Guinea, but rather to “the US, England, France or Canada,” where “secularism and dechristianization are gaining ground.”

“This is the challenge of the New Evangelization. It is much harder to preach the Gospel in a culture that seems to be vaccinated against the Faith.”

“In our own country where so many Catholics have stormed off, dozed off or simply drifted away from the Church.”

Pope Francis' call for the New Evangelization, he said, is for each of us to be “missionaries in our own communities.”

“Business as usual is not enough. We must be a team of missionaries, moving from a maintenance mode to a missionary one.”

Cardinal O'Malley said Americans must recognize that they live “in a culture of unbelief” which is profoundly hard to evangelize because “it does not even know its does not believe,” since it “still lives on the residue of Christian civilization.”

Seeing this, he said, will guard against the “self-referential Church turned in on itself” of which Pope Francis warns us.

Pope Francis “tells us to open the doors, to invite others in so that we can go out and invite.”
He spoke of the need for communities, in which those who “walk the walk” of faith can engaging with other Catholics. He also addressed the importance of love as the motivation behind the Church’s “concern about unborn children.”

Noting that some think Pope Francis “should talk more about abortion,” the cardinal said that the Holy Father “speaks of love and mercy” so as to “give the context for the Church's teaching on abortion.”

“We oppose abortion, not because we are mean or old fashioned, but because we love people. And that is what we must show the world.”

“We must be better people; we must love all people, even those who advocate abortion,” because “only love and mercy will open hearts that have been hardened by the individualism of our age.”

The cardinal warned against the “globalization of indifference” spoken about by Pope Francis at Lampedusa, saying, “we must overcome this indifference in our own lives and help people to see that the Church’s teaching is about loving and caring for everyone.”
Again quoting Pope Francis, O’Malley stated that “We need a Church capable of rediscovering the maternal womb of mercy.”

He said mercy and truth must accompany one another, and gave the post-abortion apostolate Project Rachel as an example of “just that kind of a combination of mercy and truth that the Church's pro-life efforts need to be about.”

“Our capacity to love” is what our efforts to heal society depends on, Cardinal O'Malley taught.

“The Holy Father is showing us very clearly that our struggle is not just a political battle or a legal problem, but that we must evangelize and humanize the culture; then the world will be safe for the unborn, the elderly and the unproductive,” he concluded.

“The Gospel of Life is a Gospel of mercy. If we are going to get a hearing in today’s world, it will be because people recognize the authenticity of our lives and our dedication to building a civilization of love.”