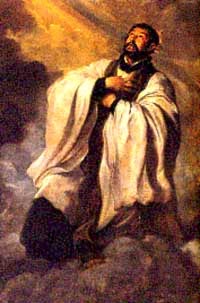 “Many, many people hereabouts are not becoming Christians for one reason: there is nobody to make them Christians. Again and again I have thought of going round the universities of Europe, especially Paris, and everywhere crying out like a madman. Riveting the attention of those with more learning than charity: What a tragedy:  how many souls are being shut out of heaven and falling into hell, thanks to you! I wish they would work as hard at this as they do at their books, and so settle their account with God for their learning and the talents entrusted to them.” (Office of Readings, Dec. 3, Feast of St. Francis Xavier)