Saint of the day: Turibius 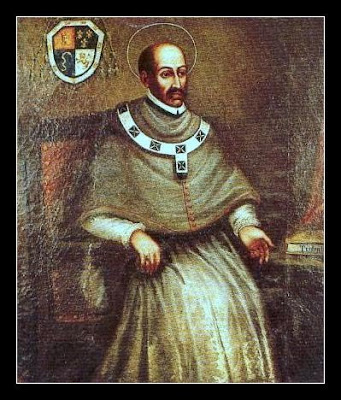 Catholics in Latin America and throughout the world will celebrate the life and ministry of St. Turibius of Mogrovejo on March 23. The 16th century bishop upheld the rights of Peru's indigenous peoples, and became one of the first canonized saints of the Americas.

Turibius was born in Spain during 1538, to a noble family in the kingdom of Leon. He frequently prayed, fasted, and gave to the poor even as a child, and eventually developed the daily habit of praying the Rosary along with the Little Office of the Blessed Virgin Mary.

He went on to study the law at the University of Salamanca, and was eventually served as a judge for five years in the territory of Granada. His judicial wisdom and diligence drew the attention of King Philip II, who wanted Turibius – who was still a layman – to be consecrated as a missionary archbishop for the Spanish colony of Peru.

Turibius became greatly dismayed, protesting to the king and Church authorities that he was not even a priest and could not possibly accept the charge. In a series of letters, he pled that he was not personally capable of serving as the Archbishop of Lima – nor, he reminded them, did canon law permit a layman to become an archbishop.

Eventually, however, he had little choice but to comply. He was consecrated as a bishop in 1581, at the age of 43, and immediately left for Lima, Peru.

The new archbishop undertook to travel throughout the rugged and mountainous diocese, where he observed many of the worst effects of colonialism – both upon the enslaved and oppressed natives, and on many of the colonists who seemed to have lost their souls in the pursuit of wealth.

He responded with constant prayer and penance, as he traveled throughout his territory administering the sacraments, teaching the Catholic faith, and establishing schools, seminaries and hospitals.

To the indigenous Peruvians, the archbishop was a herald of the Gospel who held their lives as more precious than their country's supplies of gold and silver. But to the many colonists whose behavior showed no sign of their Catholic origins, he was a prophetic scourge – whose efforts to awaken the public conscience earned him rebukes and opposition.

Turibius ultimately managed to make three visitations of his diocese, under rugged and dangerous conditions, which occupied about half of his 25 years as Archbishop of Lima. He united the Peruvian Church at an administrative level by holding several local councils of its clergy, but was also known to spend days traveling to reach a single individual with the message of Christ.

The archbishop became seriously ill in 1606. He sensed that his death was imminent, and decreed that his possessions should be distributed to the poor. St. Turibius died on March 23, and his body was found to be incorrupt the next year. He was declared a saint in 1726, and is now regarded as the patron of native peoples' rights and the Latin American bishops.
Posted by Padre Steve at 5:00 AM