Apostle: One Who Is Sent 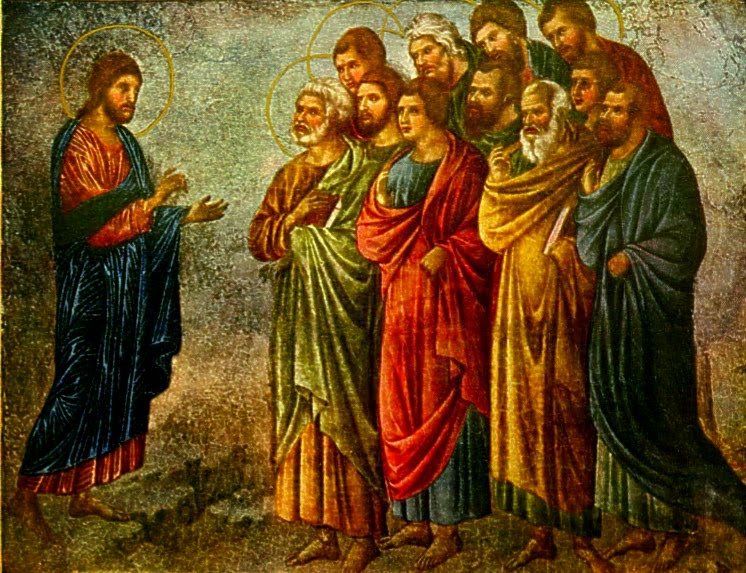 
The word apostle has a dynamic quality. The Greek apostolos means “one who is sent.” It describes an agent or vicar, an emissary or ambassador. More than a messenger, an apostolos is a representative. Scholars believe the word is a direct translation of the Hebrew shaliah; and the ancient rabbis pronounced that “a man’s shaliah is as himself.”
The Apostles were first known as the Twelve — a number rich with meaning. For a Jew of the first century, it recalled the twelve tribes of Israel, the tribes now dis­persed among the Gentiles and assimilated into other peoples. The gathering of the scattered was seen as an essential component of God’s salvation. The reconstitution of Israel was a work expected of the Messiah, the Christ.
Jesus’ choice of twelve leaders was symbolic and suggestive — even provocative. Clearly he sensed the gravity of the moment. He spent the preceding night in a vigil of intense prayer.
It is unlikely that the Apostles themselves would have missed the significance of their number. Jesus himself stated it explicitly as He turned the kingdom over to them at His Last Supper: “You are those who have continued with me in my trials; and I assign to you, as my Father assigned to me, a kingdom, that you may eat and drink at my table in my kingdom, and sit on thrones judging the twelve tribes of Israel” (Luke 22:28-30).
As Jesus transferred authority to the Apostles, He compared the action to His own commissioning by God the Father: “As the Father has sent me, even so I send you” (John 20:21). As Je­sus had acted in the power of the Holy Spirit, so He gave the Spirit in turn to His chosen men (John 20:22).
The office of Apostle was not some­thing any of the Twelve had earned. They had, in fact, repeatedly proven themselves unworthy of the office and unprepared for the tasks. After years of instruction, they could still move their Teacher to exasperation: “Have I been with you so long, and yet you do not know me?” (John 14:9). In the face of danger, they had “scattered,” running to their homes, leaving Christ “alone” (John 16:32).
The Apostles themselves knew their unworthiness; but they also knew the dignity of their office. Paul spoke of the inner circle of Peter, John, and James as “pillars” of the Church (Gal. 2:9). The Twelve were the “foundation” Paul was building on, while Christ was the “cornerstone” (Eph. 2:20). In the book of Revelation, John sees the Twelve enshrined as foundation stones of the new and heavenly Jerusalem (Rev. 21:14).
It is remarkable — considering their failures recorded in the Gospels — to see the certainty and confidence with which the Apostles established the life that the Church would follow ever afterward. Jesus gave them the Great Commission to take the Gospel to “all nations” (Mt. 28:19), “to the end of the earth” (Acts 1:8). And they were faithful to the command. Peter and Paul traveled westward to Rome; Thomas eastward to India; others to Armenia, Persia, Greece — everywhere laying founda­tions for the Church as we know it today.
Posted by Padre Steve at 12:00 PM