Today the Salesians remember our Protomartyrs St. Luigi Versiglia and St. Callistus Caravario. The following comes from the SDB site:

Luigi was born in Oliva Gessi (Pavia) on June 5, 1873. From his earliest years he used serve mass, so much so that the people already thought he would be a priest, but Louis never wanted to hear talk of that, because he wanted to be a vet.

As a twelve year old he was taken in by Don Bosco, who fascinated him to the extent that he wanted to change his mind. In 1888, soon after Don Bosco’s death, Louis was much taken by the ceremony where seven missionaries received their mission cross and decided to become a Salesian, with the hope of going to the missions.

He gained a degree in philosophy, and was soon ready for priestly ordination which took place in 1895. Don Rua appointed him as director of novices at just 23 years of age at Genzano in Rome, a task he carried out for ten years with kindness, firmness and patience.

After much insistence from the bishop of Macao, in 1906 six Salesians arrived in China, led by Fr Versiglia. Thus a prophecy of Don Bosco’s came true. In Macao he established the Salesian "mother house" and also opened a mission at Heungchow. Fr Louis gave life to the area as Don Bosco would have done, setting up a music band which was much appreciated, and opening orphanages and oratories. 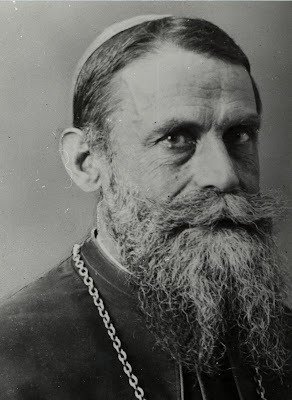 In 1918 the Salesians received the mission of Shiuchow from the Vicar Apostolic of Canton, and on 9 January 1921 Fr Versiglia was consecrated its bishop. Wise, tireless and poor, he constantly set out to visit and encourage the confreres and Christians in his diocese. Whenever he arrived, the villages held a feast especially the children.

He was a true pastor, completely dedicated to his flock. He gave the Vicariate a solid structure with its own seminary, house of formation, and planned residences and hospitals for the elderly and those in need.

He looked after the formation of catechists with much care. In his notes he wrote: “The missionary who is not united to God is a canal detached from its source”. “The missionary who prays a lot achieves a lot”. Like Don Bosco he was an example of work and temperance.

On 13 February 1930, together with Fr Caravario, the bishop was at Shiuchow for the pastoral visit to the Linchow mission. Some young boys and girls went with them; they had been studying in Shiuchow. On 25 February a group of Bolshevik pirates stopped the bishop’s boat, wanting to take the girls. The bishop and Fr Caravario obstructed them with all the force they could muster.

They were forcibly taken and eventually shot. Before they were killed they heard one another’s confession. Their last breath was spent for their beloved China. Paul VI declared them martyrs in 1976, John Paul II declared them Blessed in 1983 and canonised them on 1st October 2000. 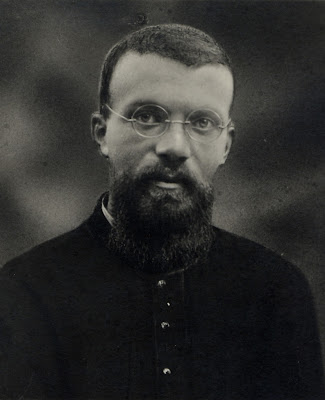 Callistus Caravario was born at Cuorgné, in the province of Turin, on 18 June 1903. From his earliest years everyone thought of him as an excellent child for his meek and reflective nature. He seemed naturally inclined to prayer and loved his mother very much, as witnessed by the many letters he wrote. At five years of age he and his family moved to Turin close to the Porta Nuova Oratory.

He was amongst the first in his class at school, and served Mass each morning Mass. On the advice of Fr Garelli the Rector of the Oratory, he entered the Novitiate and became a Salesian. In 1922 Bishop Versiglia was in Turin who spoke of the missions to the Brothers. Callistus told him: "Bishop, you will see me in China".

Fr Garelli left for China and Callistus insisted so much that after a short time he followed him there. He kept his word. His mother told Fr Garelli: “I am willing to leave my son in Don Bosco’s hands”. “With all the affection I am capable of”, Callistus would write, “thank you Lord, for having given me such a good mother”. “Mother, here is news that will make you happy: This morning I gave my first catechsim lesson in Chinese”.

Callistus was sent to Macao, and then for two years to Timor where he edified everyone, including the rector, for his goodness and apostolic zeal. “My good mother”, he wrote, “pray that your Callistus may not be just a hlaf priest but completely the priest”.

Back to China - Linchow mission

On 18 May 1929, he returned to Shiuchow, where bishop Versiglia ordained him priest and entrusted him with the mission at Linchow. In a short time he had visited all the families and earned the sympathy of the school children. Meanwhile in China the political situation had become very tense, especially for Christians and foreign missionaries. Persecutions began.

On 13 February 1930 Fr Caravario was in Shiuchow to accompany the bishop on his pastoral visit to the Linchow mission. Some young boys and girls went with them; they had been studying in Shiuchow. On 25 February a group of Bolshevik pirates stopped the bishop’s boat, wanting to take the girls. Bishop Versiglia and Fr Callistus stopped them.

They were taken by force and ultimately shot, but before they were killed they heard one another’s confessions. Their last breath was spent for their beloved China. Paul VI declared them martyrs in 1976, John Paul II declared them Blessed in 1983 and canonised them on 1st October 2000.
Posted by Padre Steve at 6:00 AM