We Want Christianity Without the Cross 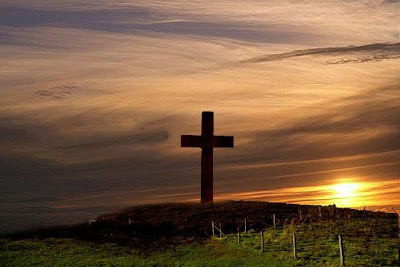 If there were a Nazarene yearbook 2,000 years ago, Jesus would not have been voted most popular. Maybe "most likely to be tortured and crucified" but definitely not most popular.

He didn't seem to care all that much about being popular because he knew that if being popular is your goal you may very well achieve it but at what cost? As Jesus said, we cannot serve two masters.

When Jesus said, "I am the living bread that came down from heaven; whoever eats this bread will live forever; and the bread that I will give is my flesh for the life of the world," it freaked a number of his disciples out. In fact, it freaked them out enough that they bolted.

Now, as they abandoned him, Jesus could've said, "Hold the phone" and then they might've asked what a phone was. But maybe they would've understood through context. But Jesus could've said, "Just messing with y'all. Not ACTUALLY my body and blood. Symbolically. It was all a metaphor, you see."

Nope. Jesus didn't say that. Jesus wasn't trying to be cool. He wasn't concerned with popularity at all. In fact, so committed to not being popular was Jesus that he allowed himself to be crucified. That, my friends, is a strong commitment to unpopularity.

So I'm always a little bit perplexed when I see Catholics arguing that the Church needs to change its teachings in order to be popular. They use terms like "get with the times" or "modernize" but it means the same thing.

We're told that if you want to be cool you'll be awesome with abortion, good with the gay sex, open to ordaining women, relaxed about religious freedom, and cool with contraception. And we're told that unless the Church does these things, churches will become increasingly empty and irrelevant. But what role does that leave the Church, to simply affirm what people already think and do? Is it the Church's role to make people feel good about their choices regardless of the reality. It seems that modern Christianity wants to avoid the cross but here's the thing - there is no Christianity without the cross.

As the Church continues preaching the truth, it may very well face empty pews, hatred, and even persecution in the near future. We will be the modern lepers who instead of announcing themselves as "unclean" must pronounce themselves "uncool." And it will likely get worse than that. When Jesus said He was the living bread, some ran. Jesus was tortured and killed. That's going on right now in many parts of the world. And it may soon go on here in the Western world.

As Francis Cardinal George said, "I expect to die in bed, my successor will die in prison and his successor will die a martyr in the public square." While this may seem like the beginning of the end, it will not be. This is how the Church is reborn.

Thank you Father. I had a conversation exactly like this with some other Catholics who didn't believe in the real presence. I used the John's bread of life gospel as you did. It didn't seem to make much impression on them. I've had more success with protestants when I explain about the real presence. The protestant may not agree but they seem to understand the concept better than some of the Catholics I encounter.

I guess I just haven't yet gotten used to the idea that the most frequent rejection I get on the Faith comes from my brother and sister Catholics. I'm not discouraged or dismayed, mind you. welll... maybe just a bit...