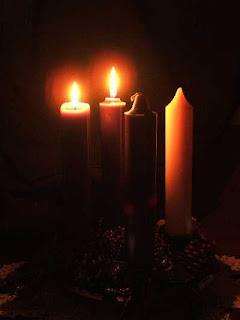 The following comes from Zenit.com:

In this Year of Faith, Benedict XVI is encouraging Catholics to nourish their faith by discovering the fidelity of God, and savoring the "memory" of his action in human history.
In today's general audience held in Paul VI Hall, the Pope continued with his reflections on God's revelation.
"Faith," he said, "is nourished by the discovery and the memory of the God who is always faithful, who guides history and is the secure and stable foundation on which to build one's life."
The Holy Father spoke of God's revelation in history as entering into a "loving dialogue with man," a divine plan that "gives a new meaning to the whole human journey."
He reiterated his call to delve into Scripture during this Year of Faith, since the Bible is "the best place to discover the events of this journey."
"Reading the Old Testament, we see how God's interventions in the history of the people that he has chosen for himself and with whom he makes a covenant are not facts that pass and fall into oblivion, but become 'memory,'" the Pontiff reflected. "Together they constitute the 'history of salvation,' kept alive in the consciousness of the people of Israel through the celebration of the saving events."
Of course, the Old Testament is fulfilled in Christ, the "culmination of God's history with humanity," the Pope said.
The Old and New Testaments witness to the stages of God's "great plan of love," he continued, "a single plan of salvation addressed to all humanity, progressively revealed and realized by the power of God."
Advent
Benedict XVI concluded by suggesting that this liturgical season of Advent is a particularly fruitful time to reflect on God's action in history and plan for salvation.
"As we all know, the word 'advent' means 'coming,' 'presence,' and originally meant specifically the arrival of the king or emperor to a particular province," he explained. "For us Christians it means a wonderful and overwhelming reality: God himself has crossed his Heavens and stooped down to man; he has forged an alliance with him entering into the history of a people; he is the king who descended into this poor province that is Earth, and has made a gift to us of his visitation by taking on our flesh, becoming man like us."
"Advent," the Pope said, "invites us to follow the path of this presence and reminds us again and again that God has not withdrawn from the world, he is not absent, he has not abandoned us to ourselves, but comes to us in different ways, which we need to learn to discern. And we, too, with our faith, our hope and our charity, are called every day to see and bear witness to this presence, in a world often superficial and distracted, to make shine in our lives the light that illuminated the cave of Bethlehem."
Posted by Padre Steve at 8:19 AM