A Theist or Atheist? 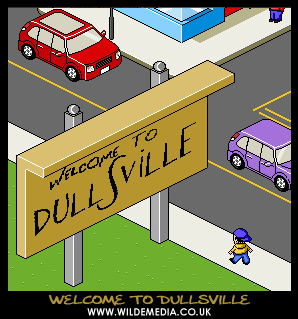 The following comes from Fr. Dwight Longenecker:
HuffPo reports that an atheist in New Jersey has succeeded in getting a license plate that reads ATHE 1ST. The problem is the statement is ambiguous. What if I read it and conclude that the driver is… A theist? That’s the problem with atheists…they haven’t thought of all the possibilities.
Their advertising stunts are so lame. What about the one in Times Square last year which showed encouraged people to enjoy Santa Claus, but not Christ because Christ was a myth? Duh. So Santa is real? Then there is the really, really smart clever and witty bus signs posted in England that said something like, “God probably doesn’t exist so enjoy yourself.” Is that it? Is that all they could think of? Is that the extent of their wit, their wordplay, their badinage? What about the super dull bus poster above? And advertising on a bus to start with? Who advertises on a bus? Can’t help thiking of nuns on the bus. It’s much the same sort of tiresome, self righteous, yawn inducing activism.
And people say Christianity is boring?
Geesh, Christianity is very interesting compared to these yawners. I mean we’ve got cool stuff like snake handlers, incorrupt bodies of saints, relics, Eucharistic miracles, statues that weep and bleed, apparitions of the Blessed Virgin Mary and more. We’ve got monks who brew beer and nuns who levitate. We’ve got saints who bi-locate, exist for years on nothing but the Eucharistic and joke with their torturers. You might not believe any of that stuff or think it’s all some sort of psychosis, but at least it’s interesting. Furthermore, we have fun stuff like pilgrimages, and World Youth Day, and all night vigils and climbing the Santa Scala on your knees–not to mention wild places like Antonio Gaudi’s cathedral in Barcelona, Mont St Michel, the catacombs or that Capuchin cellar in Rome with all the bones.
Atheism on the other hand is so mind numbingly dull, and the worst kind of atheism is the self righteous, “We’re good people too you know” kind of atheism. “Oh, look at me. I’m working at the soup kitchen!  I campaigned to ban nuclear power! I have a ‘co-exist’ bumper sticker on my Prius.” They pretend to be revolutionaries, but to me they seem as dull as the McMansion next door and the usual suburban, fast food, shop at the mall American. At least the old fashioned atheists followed their logic and tried to wipe out everyone who didn’t agree with them. Stalin, Lenin, Mao and Pol Pot had teeth. The present day respectable atheists are about as interesting as yesterday’s oatmeal.
They’re bland. “It’s a case of the bland leading the bland…and they shall both fall into the ditch.”
Not only dull, but humorless. The closest thing to wit I’ve ever experienced with atheists is a bit of sophomoric sarcasm. They’re always so darned serious…especially about themselves. Not only dull, but a little bit spooky.
The conversation with atheists always lacks a certain edge. There’s a slipperiness to it and a lack of grip–like wrestling in jello with a one armed man. I have thought long and hard about this phenomenon and I think it is because the theist is arguing from a positive proposition and the atheist is arguing from a negation. The theist is arguing in support of something positive. The atheist can only deny. That denial and essential negativity culminates in a vagueness about everything–their mindset seems dull and out of focus.
The bottom line is that if there is no God, no heaven and no hell and no final judgement then what’s the point? The weary dullness of the atheist is a true reflection. Without an afterlife and a final tally then there are only two options: the old Greek choice– Epicureanism and Stoicism. The first is, “Eat, Drink and be merry for tomorrow you die.” The second is “Be good. Be noble… for tomorrow you die.”
It’s like we’re all on the deck of a sinking cruise liner with no lifeboats. The Epicureans sit down to a five course meal and try to hold on while the tables slip away. The Stoic stands on the deck, gazes into the distance and goes down with the ship.
The Christian spots a distant light, believes it is a rescue ship, dons a life jacket and jumps in to swim for it or die in the attempt.
Chesterton writes better on this subject here.
Posted by Padre Steve at 6:17 PM