A Christian Duty in the Face of Terror 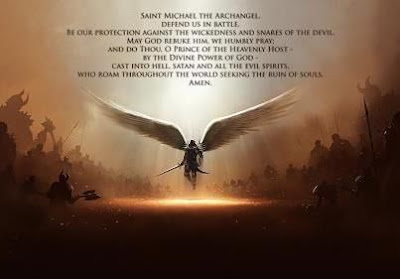 The following comes from Fr. Rutler:


After another devastating ISIS attack in France, this time against a priest in his 80s while he was saying Mass, the answer isn’t just, “Do nothing.” As racism distorts race and sexism corrupts sex — so does pacifism affront peace.
Turning the other cheek is the counsel Christ gave in the instance of an individual when morally insulted: Humility conquers pride. It has nothing to do with self-defense.
The Catholic Church has always maintained that the defiance of an evil force is not only a right but an obligation. Its Catechism (cf. #2265) cites St. Thomas Aquinas: “Legitimate defense can be not only a right but a grave duty for someone responsible for another’s life, the common good of the family or of the State.”
A father is culpable if he does not protect his family. A bishop has the same duty as a spiritual father of his sons and daughters in the church, just as the civil state has as its first responsibility the maintenance of the “tranquility of order” through self-defense.
Christ warned the apostles, as shepherds, to beware of wolves. This requires both the "shrewdness of serpents and the innocence of doves." To shrink from the moral duty to protect peace by not using force when needed is to be innocent as a serpent and shrewd as a dove.
That is not innocence — it is naiveté.
Saint John Capistrano led an army against the Moors in 1456 to protect Belgrade. In 1601, Saint Lawrence of Brindisi did the same in defense of Hungary. As Franciscans, they carried no sword and charged on horseback into battle carrying a crucifix. They inspired the shrewd generals and soldiers, whom they had assembled through artful diplomacy, with their brave innocence.
Read the rest here.
Posted by Padre Steve at 9:00 AM