The Benedict Option: What Does It Really Mean? 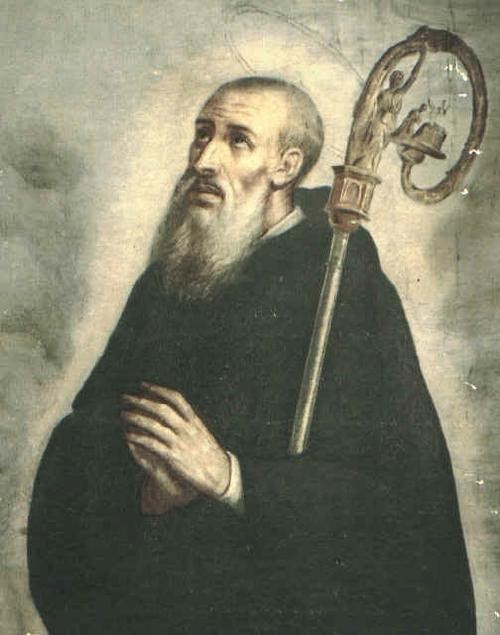 The following comes from R. Jared Staudt at Crisis:

“Seeking his workman in a multitude of people, the Lord calls out to him and lifts his voice again: ‘Is there anyone here who yearns for life and desires to see good days?’” (Prologue of the Rule of St. Benedict, quoting Psalm 34:14-15).
The Benedict Option—what does it really mean? In my mind, it is quite simple: taking St. Benedict and his Rule as a model for the Christian life within the context of our culture.

The term Benedict Option was coined recently by Rod Dreher. He initially defined it in somewhat negative terms as “pioneering forms of dropping out of a barbaric mainstream culture that has grown hostile to our fundamental values.” It is not surprising to think of St. Benedict in this light, as he himself withdrew in disgust from late fifth century Rome in favor of a cave in Subiaco. However, Benedict did not stay in isolation long, and quickly became an Abbot, gathering large numbers of men to himself.
Dreher points to a “community of Catholic laity” growing around Clear Creek Abbey in Oklahoma as an example of the Benedict Option. It is important to note, however, that there is not a formal lay community there. People simply want to live near the monastery, many have become oblates and participate in the liturgical life of the monastery, and they live in friendship and fellowship with one another.
Dreher’s articulation of the Benedict Option has recently been criticized by John Goerke on Crisis. He fundamentally questions the legitimacy of the term in relation to lay people seeking to emulate monastic life:

The question is: Is this the Benedict Option? The answer is: no. First and foremost there is the obvious point. The members of Clear Creek and Eagle River are not monks. Their lack of organized prayer life betrays this fact…. If taking the Benedict Option means a strict imitation of Benedict’s move to the wilderness, then it is an option to be taken only by monks.

Goerke then concludes that we need to look at Benedict more deeply in order to emulate his life andRule:

To find out what God wants, and to truly imitate St. Benedict, we must go to the substance and not the accidents of his life. The true Benedict Option is not a flight but a fight. It is a fight to be waged in the heart of every Catholic. It is a fight to undertake two strenuous tasks with humility and love: Ora et labora. Pray and work.

I think that Goerke’s argument is somewhat incongruous in that he claims that those who are striving to unite themselves to St. Benedict by associating with a monastery are not part of the Benedict option, but then argues that Benedict is nonetheless a model for us. Do we not need to soak in St. Benedict’s spirituality by learning from monks, precisely so that we can fight for Catholic culture?
Drehrer, in fact, says that Goerke has misunderstood him and explains the Benedict Option in more general terms:

When I talk about the Benedict Option, I don’t mean—or don’t mostly mean—a physical retreat to a quasi-monastic community, but rather an intentional and thoughtful retreat into narrativity, by which I mean a reclaiming of the church’s story, inculcating commitment to it within the lives of its members, in defiance of the narrative collapse around us. To achieve this, one must be aware of the conditions in which we live, and under which we are raising our children.

Nonetheless, this newer articulation does not clarify the Benedict Option. Rather, it somewhat makes it more elusive, as Drehrer himself admits: “People like to talk about the Benedict Option as a Christian response to our post-Christian culture, but nobody really knows what it means. I came up with the concept, and I’m not sure what it means.” Looking at the life of St. Benedict and his Rule, does it really need to be so confusing?
As a Benedictine oblate myself, I feel compelled to offer my own two cents about the relevancy of St. Benedict as a guide and model for our time. I would propose that the Benedict Option is something simple, which anyone can live, whether they have withdrawn to an enclave or not. There are a number of reasons why St. Benedict speaks so strongly to us today:
1. An Ordered Way of Life and StabilityThe life of the monastery is completely directed and ordered toward the glory of God. Monks live a balanced life of prayer, work, and sleep (in pretty equal proportions). This is a model of the Christian life as every one of our actions should be religious in the sense that they are ordered directly to God, for his glory and our sanctification. The monks also live a life of stability, committed to one monastery and the Rule. This counters our lack of a grounded identity and models how the faith should shape and govern our lives, rooting us in a constant and firm practice.
2. The Centrality of the LiturgyBenedictines live a life that is defined by the liturgy. It shapes and orders the day, week, and the year, and can even be said to be the reason for the life of the monastery. The monks traditionally pray the Divine Office eight times a day and seek to live a life of continual prayer. The prayer of the liturgy, and especially the Holy Sacrifice of the Mass, is heightened by the practice of Gregorian Chant, which draws out and embodies the meaning of the prayer. We are certainly undergoing a crisis of liturgical prayer in our age and the Benedictines model for us how to pray the liturgy. As St. Benedict directed: “Prefer nothing to the work of God.”
3. Hospitality and SimplicitySt. Benedict notes that a monastery will always have guests. It is somewhat ironic that the monastery, in its withdraw from the world, becomes a magnet for visitors, who are served as Christ. The monastery is a place of charity and its exercise of hospitality helps to shape the world, as those who leave it do so changed. The family and home are also meant to be a source of service and charity, a place of welcoming, a refuge in the world. Though the layman cannot hold with Benedict that private property is an “evil practice” (though it is for monks!), the monastery also witnesses to the need to live simply and detached, which helps us to make better use of earthly things for the glory of God and the service of others.
Read the rest here.