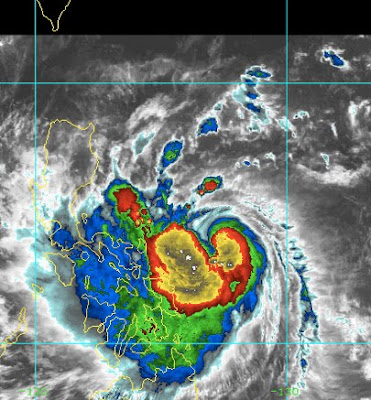 We need to pray for the people of the Philippines.
Some 1.8 million people could be exposed to the worst winds from a super typhoon currently bearing down on the disaster-struck Philippines, the UN's humanitarian agency said on Friday.

"We are extremely concerned," said Elisabeth Byrs, spokeswoman for the UN Office for the Coordination of Humanitarian Affairs.

The category four Typhoon Parma, which is heading towards the Philippines, is expected to make landfall on Saturday.

It is expected to hit many of the areas already devastated by Typhoon Ketsana, which left 293 dead and 419,000 people crammed into 526 makeshift evacuation centres in the Philippines.