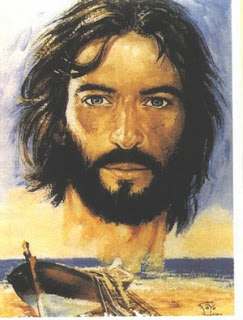 Archbishop Robert J. Carlson, the head of the U.S. bishops’ committee on vocations, believes Catholics should be encouraged by great signs of hope for the future of the priesthood in America.

Archbishop Carlson told CNA on Dec. 12 that although there is a “great need for more seminarians” in the United States, several recent “positive trends” in seminary enrollment should “give us hope as a people of faith.”

The archbishop said that Apostolic Visitations in 2005 revealed that the vast majority of diocesan seminaries throughout the country are “healthy houses of discernment and formation,” filled with seminarians of a “very high caliber,” who bring with them “a variety of backgrounds, experience and talents.”

He pointed to recent statistics from Georgetown University’s Center for Applied Research in the Apostolate, which indicate a “steady increase in the number of theologians studying for the priesthood” over the last eight years.

These men, said the archbishop, often have college degrees and work experience and “have left successful jobs and comfortable homes to pursue the call to the priesthood.”

He also sees “a very high level of perseverance to priesthood in the men who are enrolled in major seminaries nationwide.”

Dr. Mary Gautier, senior research associate at the Center for Applied Research in the Apostolate, said she expects recent the declines of recent decades to remain stable in the coming years. Gautier noted that priestly ordinations have risen slightly in the last decade, and numbers of men in the final stages of seminary have remained “very stable” for the past 15 years.

As for women religious, Gautier expects to see numbers decrease in the near future, continuing a decline that has been taking place for several decades.

She explained that a huge “bubble” was created several generations ago when large numbers of women entered religious life. As these women are reaching the end of their lives, they are not being replaced by an equal number of new women.

This coming Jan. 9-14, the Catholic Church in the U.S. will celebrate National Vocation Awareness Week, which is intended to encourage prayer, education and support for those considering a religious vocation.

Archbishop Carlson stressed the importance of fostering a “culture of vocations” that will allow young people to discern in a supportive environment at home, school and church.

However, as we continue to pray for the priests of tomorrow, he said, “we can certainly rejoice in the positive trends that are occurring in our seminaries today.”

The official 2011 statistics for the United States report that there are 3,394 diocesan seminarians and 1,853 religious seminarians. The number of novices for women’s religious orders was not given.
Posted by Padre Steve at 8:31 AM