Pope Benedict: Advent is a time of self-examination, repentance 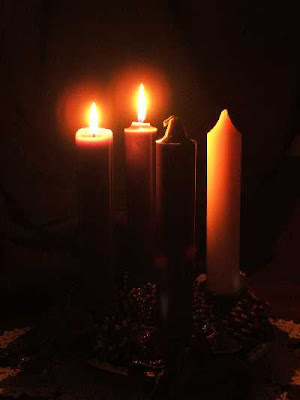 “As we prepare for Christmas, it is important that we find time for self-contemplation and carry out an honest assessment of our lives,” he told thousands of pilgrims in a rain-soaked St. Peter’s Square Dec. 4.

The Pope focused upon the historical figure at the center of today’s gospel passage, Saint John the Baptist. He noted how the gospel presents John as “a very ascetic figure dressed in camel skin” who feeds on locusts and wild honey in the desert of Judea. John’s appearance was such that Jesus once contrasted him with those who wear fine clothing in royal palaces, the Pope noted.

“The style of John the Baptist was meant to call all Christians to choose a sober lifestyle, especially in preparation for the feast of Christmas,” said the Pope. Christmas is “when the Lord, as Saint Paul would say, ‘became poor although he was rich, so that by his poverty you might become rich’.”

John’s mission “was an extraordinary appeal to conversion,” the Pope explained. John’s baptism was tied to “a fiery invitation to a new way of thinking and acting,” and, above all, “to the announcement of God's justice.”

“Therefore, John’s appeal goes far beyond and deeper than a call to a sober lifestyle: it is a call for inner change, starting with the recognition and confession of our sins.”

St. Peter’s Square itself is also preparing for Christmas. Its traditional nativity scene is currently being built in the center of the square and will be inaugurated on Dec. 24.

Tomorrow will see the Vatican Christmas tree erected next to the square’s central obelisk. The 100-foot-tall spruce is a gift to the Pope from the people of the Zakarpattia region of Ukraine.  It will be decorated in lights and blessed on Dec. 16.

The Pope concluded his address by entrusting the Advent journey “towards the Lord who comes,” to the intercession of Mary, “the virgin who awaits,” as we “prepare our hearts and our lives for the coming of Emmanuel, God-with-us.”
Posted by Padre Steve at 7:11 PM